The soldiers deployed to the area by Governor Ifeanyi Ugwuanyi have been accused of randomly killing innocent and unarmed youths in Igbo-Eze South and North and labelling them members of the Indigenous People of Biafra (IPOB) and its security wing, Eastern Security Network (ESN) to justify their gruesome killings. 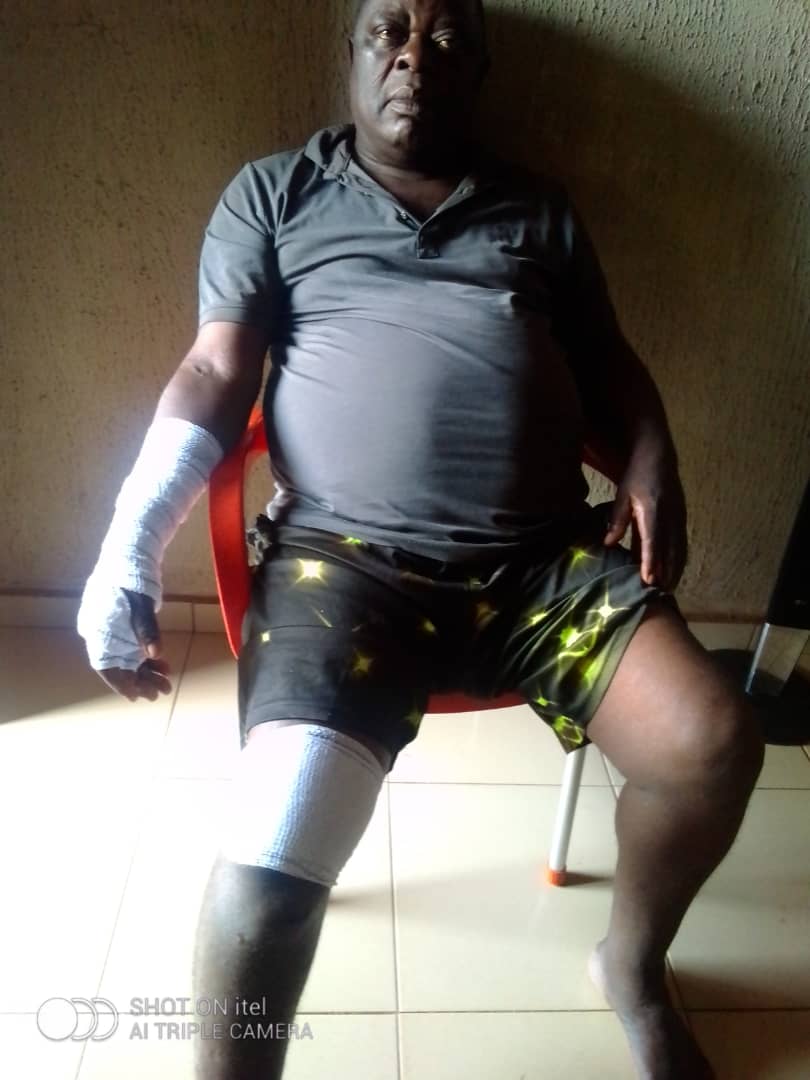 The recently retired police officer and member of the Enugu State Neighbourhood Watch, who is now lying critically ill, following injuries he sustained from the beating, has called on the authorities, National Human Rights Commission, Amnesty International and other international human rights bodies to intervene and stop the gruesome killing of Nigerians by soldiers of Nigerian Army in the name of fighting unknown gunmen in Enugu communities.

Narrating the incident Mamah, who was a former Divisional Crime Officer, DCO, in Nkanu area of the state, said he lives in the estate where soldiers who have been deployed following alleged activities of unknown gunmen in both Igboeze North and South local government areas of the state.

Mamah, who serves as the administrative officer in the Igboeze North Central Neighbourhood Watch, explained he was invited into the officer of the Army Major who is the Commander of the troops in the area on Monday, July 25, 2022. On getting to the office, they allegedly told him to provide the names of members of IPOB and ESN operating in the area or risk being killed.

He said, "I went out with my wife on the evening of the fateful day and came back to the Shehu Shagari Low-Cost Housing Estate where I am living and decided to go and have a shower.

"I was carrying a bucket of water into the bathroom when the soldier came and told me that his commander wanted to see me and that the matter was urgent. I said okay, and dropped the water, put on my clothes again and followed them, hoping to take my bath later.

"However, on reaching the Major's office, the man barked at me saying, I had been in their midst without coming to introduce myself to him. Before I made attempts to explain myself, he accused me of knowing the names of all the IPOB and ESN people operating in the local government area without giving them their names so that they would go and finish them.

"I told him that it wasn't long since I retired from the police after 35 years of service and that I was the Town Union President of my community. I also explained to him that we had a commander in the Central Neighbourhood Watch, who usually reported to the local government chairman and the State Neighbourhood Watch Director in Enugu.

"The Major told me that whether I liked it or not, I must provide the names of the IPOB and ESN members operating in the local government area, and that I would be executed if I failed to do so.

"When I tried to talk again, he roared, you think I am joking? I will kill you and write a statement and nothing will happen! He then hit my right leg with a bench in the office, which temporarily paralysed me. Earlier, he had ordered me to sit down on the bare floor

"After hitting me with the bench which caused a lot of bleeding, he asked that my hand should be tied behind my back and they were immediately tied. As I was groaning due to the pain I was having, my wife called my younger brother who is a Magistrate. They called the Local Government Chairman, Prince Ejike Itodo, among others. It was their intervention that saved me.

"I have never received such inhuman treatment before in my life. After serving Nigeria for 35 years, I returned home only to be treated as a common criminal. These are soldiers who may not have been born by the time I enlisted in the police. I served the country in Lagos, Ogun, Taraba and Enugu states respectively without blemish only to return home to be humiliated and threatened that I would be killed and it would be followed up with a statement, and nothing will happen.

"I was rushed to St. Theresa's Hospital in Enugu Ezike, before I was taken to the Enugu State University Teaching Hospital, for further treatment. I hope that the Chief of Army Staff, COAS, the GOC, 82 Division, Enugu, the media and the human rights community will intervene on my behalf by investigating the human rights abuses against Nigerians by persons who are paid by taxpayers to protect them."

Buratai Orders Clampdown On IPOB, Others

The Orosanye Committee Report Has Been Implemented, By Sesugh Akume

Disquiet As Ethiopia Cancels Visa On Arrival For Nigerian Citizens