Many residents have no idea such a project exists in the community because it was abandoned shortly after the construction began.

In 2018, the Federal Ministry of Youths and Sports Development awarded the sum of N71.8 million for the construction of a mini-sports stadium at Okurikang in the Odukpani Local Government Area of Cross River State to help curb youth restiveness in the community.

Okurikang is a few kilometres away from a historical site, the iconic residence of a Scottish missionary, Mary Mitchell Slessor who pitched her tent in the community and stopped the killing of twins in the area.

Investigation by CrossRiverWatch shows that five years down the line, the project which had a 24-week completion timeline is just two coaches of blocks covered with thick bushes despite the money released.

Many residents have no idea such a project exists in the community because it was abandoned shortly after the construction began. 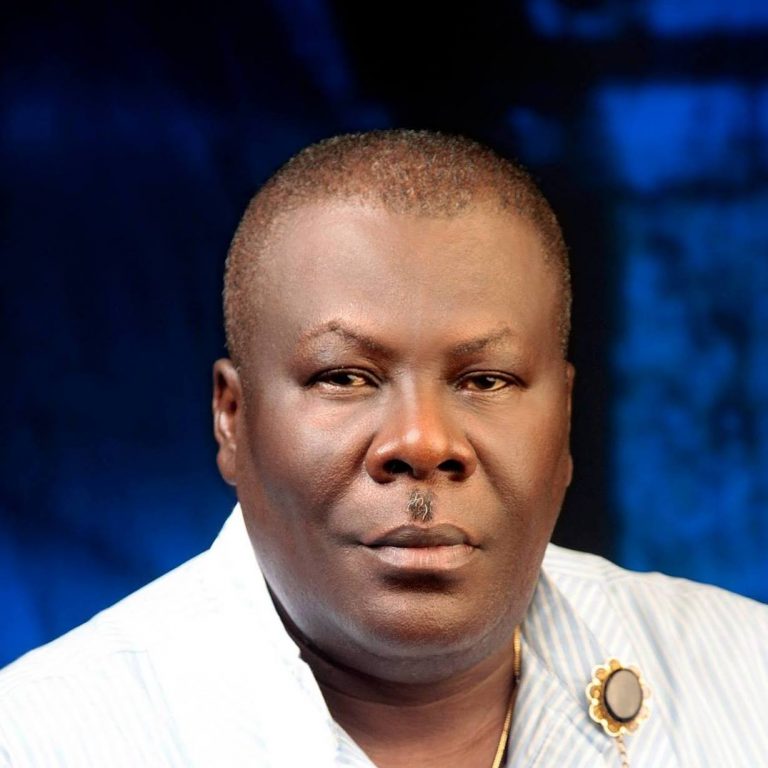 While many inhabitants of the area do not know that such a project exists in the community, the Village Head of the Okurikang, Chief Asuquo Effiong Etim told CrossRiverWatch that his community was tricked to give out their vast plots of land by Eta Mbora who had allegedly obstructed the project.

The Chief and his councilmen just returned from putting “Ekpe,” a traditional injunction in a piece of land when this reporter visited. Chief Effiong gently grabbed a seat in his house passage, positioned his walking stick by his side, cleared his throat, and said the project had been abandoned.

With his councilmen around him, he said: “They have not done anything. It is an abandoned project. They brought a project like that and called us to the town hall. Since then, nothing else has been heard. Since they came and messed up the whole thing and today, the work has not progressed from the foundation level since 2019.”

He continued, “you can take a shot of it and go. The politician (Eta Mbora) and the government are holding it. Grass has covered the whole land. Nothing is done and they are sitting on the project.

“We cannot ask questions because there is no one to ask, no government official has ever come to ask about the project. We were even looking for who to report. It is a very big land we gave them, and we wanted to use that land to build a secondary school but they came and demanded the land to build the mini- sports centre, which we gave them,” he said as his fellow Village Head – Chief Ekpo Okon of Asiakobufa community – Okurikang and others echoed in affirmation.

Chief Effiong further complained that they were promised some entitlements as custodians of the land but have not received anything since the promise was made.

The project site that should have been the mini-sports center is populated with thick bushes covered with grass that native cows and a few domestic animals now feed on.

What appeared to be a table tennis court is already falling off and also overwhelmed by grasses. A few foundations around the site are just two coaches of blocks also covered with grasses.

When contacted by CrossRiverWatch about why the project has remained abandoned, the contractor Mr. Frank Ogar (Valley Builders Nig. Ltd.) said the honourable member has decided not to continue the multi-million-naira project despite having it in every year’s budget.

Frank alleged that Mr. Mbora stopped the funding of the project, adding that it was his constituency project. He accused Mbora and the ministry of conniving to abandon the project while noting that he had explored every possible means to get the project completed but to no avail.

The contractor further disclosed that Eta Mbora only funded the project with the sum of N16 million.

“The whole job is over seventy-one million Naira,” Ogar said. “Ever since 2018 and 2019, he only gave N16 million. We asked him to fund it the following year, and up till now he is very reluctant to fund the project and we have decided not to use our money to do it because it’s a constituency project.”

He alleged that all letters to the Federal Ministry of Youth and Sports Development had gone unanswered as the ministry kept referring him back to Mr. Eta to fund the mini-sports center.

“For the ministry, each time I go to them, they will say I should go back to the honourable member because it is a constituency project. They are just implementing ministry. He is supposed to fund it hundred percent. I went to the office of the Federal Ministry of Youths and Sports Development again and spoke with the Director of Procurement. He referred me back to Mbora, saying that he has to fund the job.

“I have met him almost every budget year. I will go to him and say, ‘look, I have spoken to your colleague who agreed to put it in the budget but it will come and go and I will not hear or see anything,” he said.

Eta Mbora told CrossRiverWatch that the abandoned multi-million mini-sports center project “is not a constituency project per se” but one of those projects he facilitated.

He further denied obstructing the construction, accusing the contractor and the community of ignorance.

“It is one of the projects I facilitated through the Federal Ministry of Youths and Sports Development. I felt that Calabar, where I represent, has enough recreational centers for people to get busy and also associate, and felt Odukpani needed something that can unify people. I had to write to the ministry that the local government area that I represent needs a unified point where youths can come together. I did that and it was approved.

“The problem with our system is that there’s no continuity which is one of the worst things we intend to preach against. 15% mobilization was given to the extent you have seen but after that, Lalung was changed as a minister and a new minister came on board. All the jobs he saw there, he felt it was the job of the former minister and he had to disapprove of some of those jobs and withheld funding. When there is no fund, the contractor cannot go to the site.

“A lot has to do with the contractor himself, handling the project. The contractor in most cases just sits down and does not go after the job. The community too stays aloof, like I tell my people if we can attract a project to your community and it kicks off, it is for the community to continue to put pressure on the government and the contractors to ensure it is completed.

Overgrown Grass Covering The Foundation Of The Mini-sports Centre

Asked why the ministry referred the contractor back to him, he quickly interjected, “we will try and make sure we provide for this coming year. I will remind them again and make sure they embed it in the budget.  They carelessly omitted it from the budget.”

The Ministry of Youth and Sports Development did not respond to requests for comment.

This report was produced with support from Civic Media Lab.

Nigerian Medical Student Stranded In Cuba Since 2020, Says Federal Scholarship Board Tossing Him Up And Down After Failing To Pay His Stipends

Buhari Government Not Ready To End Banditry Because It Is Benefitting From It — Notorious Bandits’ Leader, Bello Turji

Aishagate: We Are Better Than This, By Prof. Usman Yusuf

Many Injured As Hoodlums Attack Labour Party's Rally In Lagos

This Oasis Must Bloom The Desert, By Niyi Osundare