Mr Shehu in a tweet on Thursday said Northern leaders and their hangers-on failed to do that due to sectional and political sentiments.

A former senator who represented Kaduna Central in the 8th Assembly, Shehu Sani, has accused Northern leaders of failing to put pressure on President Muhammadu Buhari to tackle insecurity early on in his administration.

Mr Shehu in a tweet on Thursday said Northern leaders and their hangers-on failed to do that due to sectional and political sentiments.

Buhari is from Daura, Katsina State in Northwestern Nigeria.

According to Sani, the results of their inactions are now being felt as incessant terrorist attacks and kidnappings persist in the country seven years after Buhari assumed office.

"Sectional and political sentiments blinded northern leaders and their hangers-on from admonishing the president to tackle the security situation at its budding stages.

“We are today living the consequences of that blind, deaf and dumb love nurtured by ethnic solidarity," he tweeted.

In July, SaharaReporters reported that Senators across the party divides called for the impeachment of President Muhammadu Buhari over the escalation of terror attacks in the country.

The lawmakers, who angrily stormed out of the plenary, were all chanting "Buhari must go" repeatedly.

Addressing journalists at the Senate Press Corps (SPC) Centre, the Minority Leader, Senator Philip Aduda, said they gave President Buhari six weeks’ ultimatum within which to resolve the heightened insecurity in the country or face impeachment.

Aduda, who was flanked by many other lawmakers from the ruling All Progressives Congress (APC); Peoples Democratic Party (PDP); All Progressives Grand Alliance (APGA) and the New Nigeria People's Party (NNPP), condemned the daily occurrence of kidnappings, killings, collection of ransoms by terrorists and bandits across Nigeria.

It was gathered that Aduda had raised a point of order asking the Senate President, Ahmad Lawan, to discuss the security situation in the country and the impeachment of President Buhari.

However, Senator Lawan, who presided over the plenary, declined the request of the minority leader, saying the point of order raised fell flat on its face.

Northern Elders Forum spokesman, Hakeem Baba-Ahmed, has also advised Buhari to resign due to the current state of Nigeria.

He lamented the failures of Buhari as a president despite the huge resources and power at his disposal. 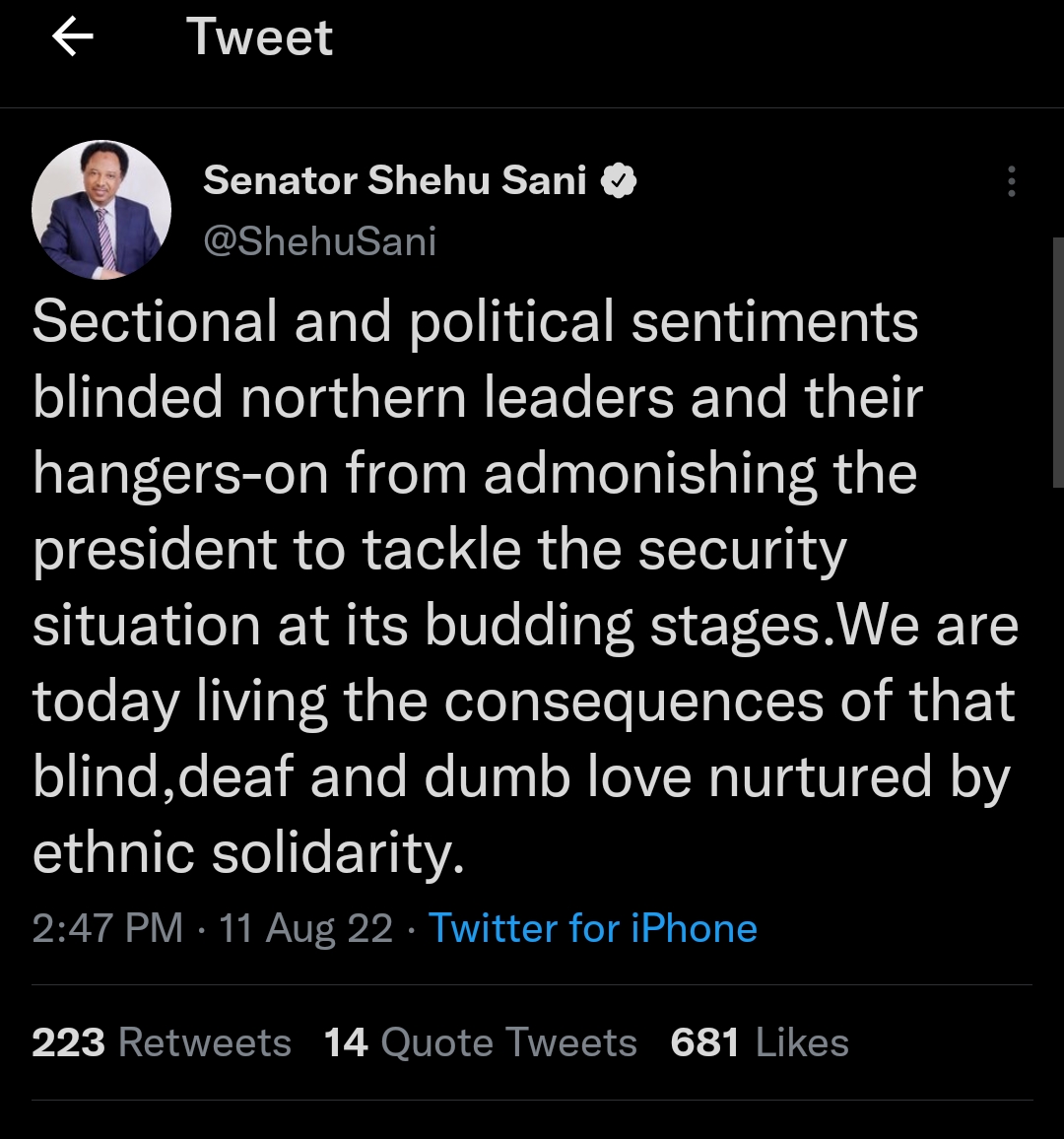 Nobody Is Above Any Other Member In PDP, Atiku Support Group Says Amid Internal Crisis