The officers were said to have arrested and bundled the young men into their vehicle, after which money was demanded apparently for their release.

Some policemen have been caught again on camera extorting money from Nigerian motorists.
The officers were said to have arrested and bundled the young men into their vehicle, after which money was demanded apparently for their release. 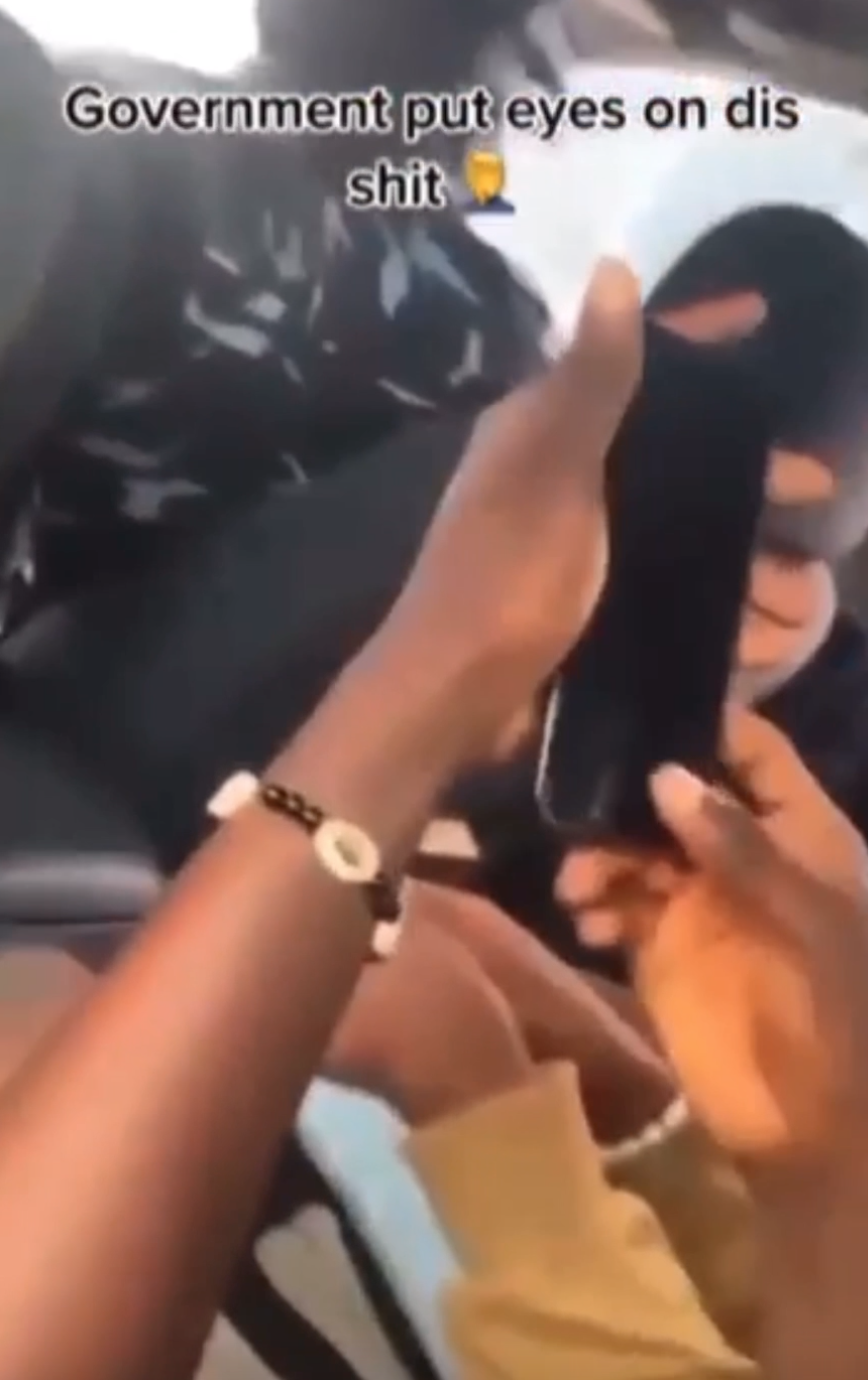 In the viral video, the policemen could be seen inside a vehicle while another one stood outside asking if those in the vehicle had “sent it.”
The exact day or the area where the incident happened is yet to be ascertained.
“You don send am? E don enter?” The officer asked one of the passengers who confirmed he had sent the money.
Police officers have continued the culture of extortion at checkpoints despite decades of condemnation by the Nigerian public and foreign think-tanks.
Mounting roadblocks is one of the easiest ways for officers to shake down motorists.
In recent decades, many officers have been exposed through social media. While some have been punished, many have gone unscratched.
Recently, the Nigeria Police Force dismissed Richard Gele, a police inspector caught in a viral video justifying extortion of members of the public and official corruption.
The inspector, with AP/No. 188547, until his dismissal, was attached to Police Mobile Force 77 Squadron, Okene, Kogi State and deployed to the Itobe–Anyigba Road for safety of road users.

'Not Everybody With Tattoo, Dreadlocks Is Cultist', Says Lagos Police Commissioner

Turkey-Syria Earthquake: Death Toll Rises To Over 11,200 In Thousands Of Collapsed Buildings