Between 2015 and 2021, records have shown that over N1 billion in constituency projects done in Kano North Senatorial district by different ministries, departments and agencies (MDAs) of the federal government were awarded to Sinti Nigeria Limited, a company owned by Senator Barau Jibrin, and his children.

In this investigation, Solacebase correspondent Elijah Akoji uncovers how a serving Senator, Barau I. Jibrin, used his company to secure contracts for constituency projects and failed to deliver the projects to specifications.

Between 2015 and 2021, records have shown that over N1 billion in constituency projects done in Kano North Senatorial district by different ministries, departments and agencies (MDAs) of the federal government were awarded to Sinti Nigeria Limited, a company owned by Senator Barau Jibrin, and his children. 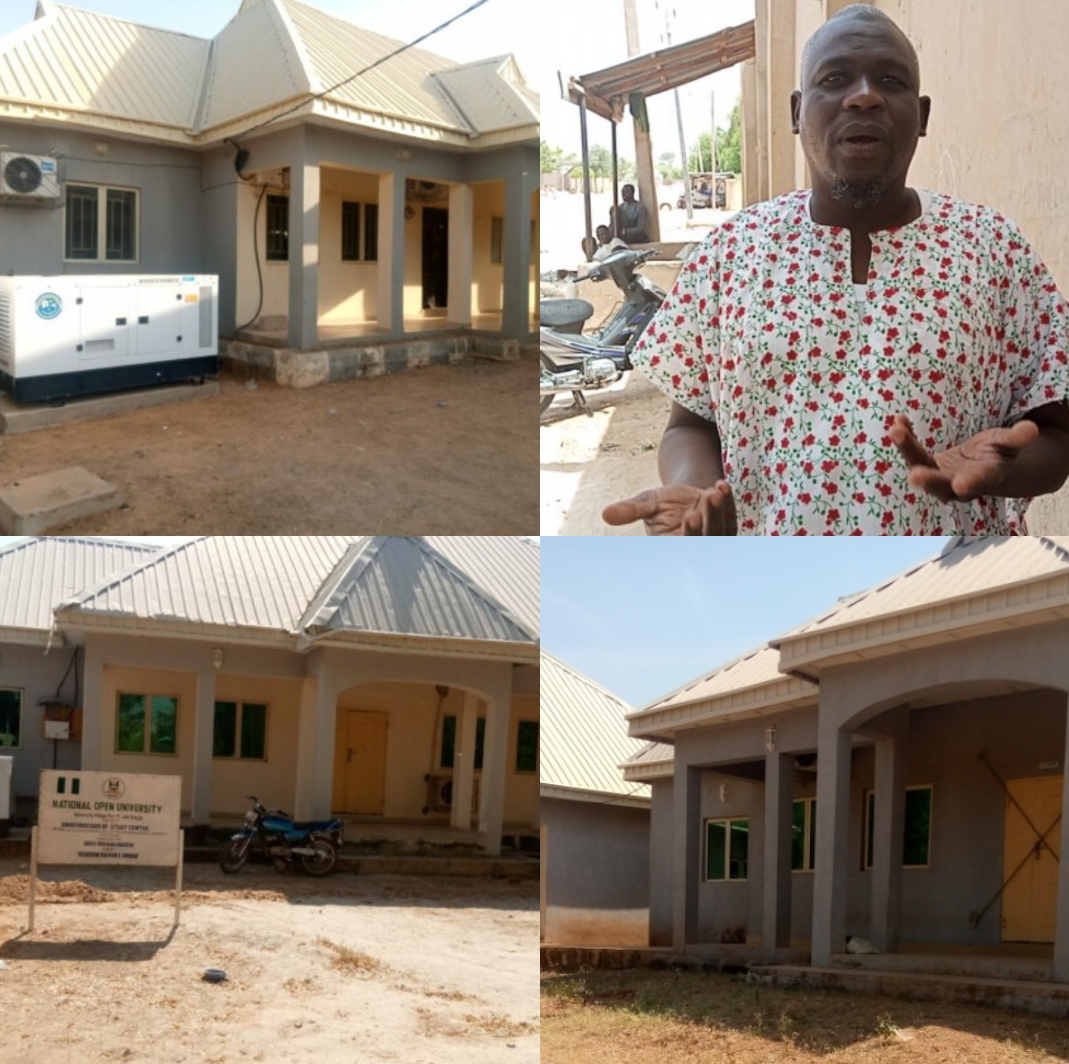 Senator Jibrin has been representing the Kano North Senatorial District at the National Assembly since 2015. His position as chairman of the Senate Committee on Appropriation made it easy for him to lobby for projects from MDAs to his constituency. However, he also ensured that the projects were awarded to his company, in total disregard for the procurement law.

Established in 2000, Sinti Nigeria Limited listed him as a shareholder while the directors of the company include Shawal Jibrin, Zainab Jibrin, and Khalil Jibrin.

One of the projects awarded to the company was a N300 million e-learning centres to be built across Gwarzo, Tofa, Bichi, Kabo, and Dambatta local government areas. The project was awarded by the National Information Technology Development Agency (NITDA), an agency under the Federal Ministry of Communications and Digital Economy.

But five years after the company received payment, the project has remained uncompleted. A visit to Bichi and Tofa shows that the centres, though built, were never equipped with furniture and computers as stipulated in the project description.

Ibrahim Khalid, a Unified Tertiary Matriculation Examination (UTME) candidate from Bichi had to travel several kilometres to take his UTME examination in another state due to non-completion of the project.

“I and other candidates had to travel to Misau, Bauchi State. That was where we took our UTME,” he said. “There was no centre in our location and all the centres in Kano were already filled up when we were able to raise the money to buy the form. So, the only option we had was to choose Misau,” he said.

“I spent money I never had,” he continued. “My friends supported me with what they had and that was how I went and came back.”

In 2019, a report by Independent Corrupt Practices and Other Related Offences Commission (ICPC) pointed out several irregularities in the execution of the e-learning project.

For instance, the report noted that the buildings were not equipped with computers, internet facilities, printers, photocopiers, fans, and air-conditioning sets as required. There was no proper documentation, especially from NITDA. The Bills of Quantities (BOQ) that should specify the quantities and specifications of items supplied were also unavailable.

The report also noted that 100 percent payment was made to the contractor at the commencement of the project and no explanation was given for this action.

The report concluded that the e-learning centres were not constructed at the appropriate locations where communities would have direct access to them.

Incorporated as a construction company, Siniti Nigeria Limited was awarded several contracts that the company was purportedly not qualified to execute in the Kano North Senatorial District.

There was a N19 million empowerment programme it was awarded and paid for in May 2019 through the Federal Ministry of Education.

Then in October 2021, the company was also awarded a N109 million contract for the furnishing and equipment of a facilitation centre in Kabo, Tofa, Dambbata, and Gwarzo. The contract was awarded by the National Open University.

As part of the infrastructural development plan, Sokoto RIMA, a River Basin Authority under the Federal Ministry of Water Resource, in August 2019, paid Sinti Nigeria Limited a total of N46 million for the supply of hand pump boreholes in Gidan Kashimi and Godiya communities in Gwarzo.

The company also received an additional N25 million for the same project across some selected communities in Gwarzo, Kabo, Shanono, and Bichi.

Salisu Dan’Akimi, in Gidan Kashima, told Solacebase that his community recently got a solar-powered borehole.

“We have always had hand pump boreholes in our community, until last year when we got an additional solar powered borehole installed in our community by Hon. Yunusa Haruna Kayyu, representing us in the Kano State Assembly,” Dan’Akimi informed Solacebase.

The Federal Ministry of Power in 2019 also awarded a N150 million road project in Tofa-Yanoko, with N47 million paid in two tranches, according to financial records from the Govspend.ng.

In 2021, the Ministry of Agriculture, through the Nigerian Institute of Animal Science, awarded a N70 million project for empowerment, training, and distribution of livestock to women of Dawakin Dawa community. Records obtained by Solacebase showed that the last tranche of payment amounting to N23 million was paid to Sinti Nigeria Limited in February 2021.

Agency Has No Control Over Constituency Projects, Legislators Do – NITDA

When confronted with Solacebase findings, the Director General, National Information Technology Development (NITDA), Inuwa Abdullahi Kasifu, said constituency projects domiciled in the agency are within the purview of the sponsoring legislator and not the executing agency.

“MDAs have no control over it [constituency project] apart from execution, according to the way it was put in the budget. It is not a NITDA project, it is a constituency project executed by NITDA and handed over to the sponsor,” he said.

On the reason for the lack of competitive bidding for the contracts, Abdullahi referred this reporter to the agency’s head of corporate communication and external relations, Hadiza Umar.

When contacted, Umar said the reason for the tender is that there was a lack of professional contractors who were competent in ICT projects at the time.

“In this case, considering the complexity of the projects and lack of many professional contractors who are competent in ICT projects at the time, NITDA requested the Bureau’s ‘no objection’ to adopt restricted tendering in inviting selected competent contractors to execute the e-learning centres,” Umar argued.

On why the contract was awarded to Senator Barau’s company, she said, “Senators have complete control and give advice on the contractors to be awarded any project being that it’s a constituency project executed for his people.”

Asked for procurement details, including the contact of the contractor, Umar said the search for the document containing the details of selected contractors invited for restricted tendering might take a longer time.

“We will have to go search where we keep old documents because the project was executed in 2015,” she said.

By using a company in which he has an interest or owns to execute a public contract, Senator Jibrin breached Section 5 of the Code of Conduct Bureau and Tribunal Act, which deals with the conflict of interest. The section says: “A public official shall not put himself in a position where his interest conflicts with his duties and responsibilities.”

Senator Jibrin did not respond to multiple requests for comment.

This investigation is supported by Civic Media Lab

PitObi: Between Capitalism And Opportunism, By Richard Odusanya

Turkey-Syria Earthquake: Death Toll Rises To Over 11,200 In Thousands Of Collapsed Buildings

What Are The Nigerian Elites Afraid Of? By Osifeso Emiola Fedora