The latest claim by ISWAP comes a few hours after it said its men attacked a police vehicle in Ondo State.

According to ISWAP in a post, seen by SaharaReporters, the attack occurred in the state on Thursday, September 22, 2022.

It added that a policeman was killed during the attack.

Edo is in the South-South region of Nigeria.

The latest claim by ISWAP comes a few hours after it said its men attacked a police vehicle in Ondo State.

The attack was carried out by “soldiers of the caliphate” occurred in Ipele, Owo Local Government Area of the state, the terror group said. 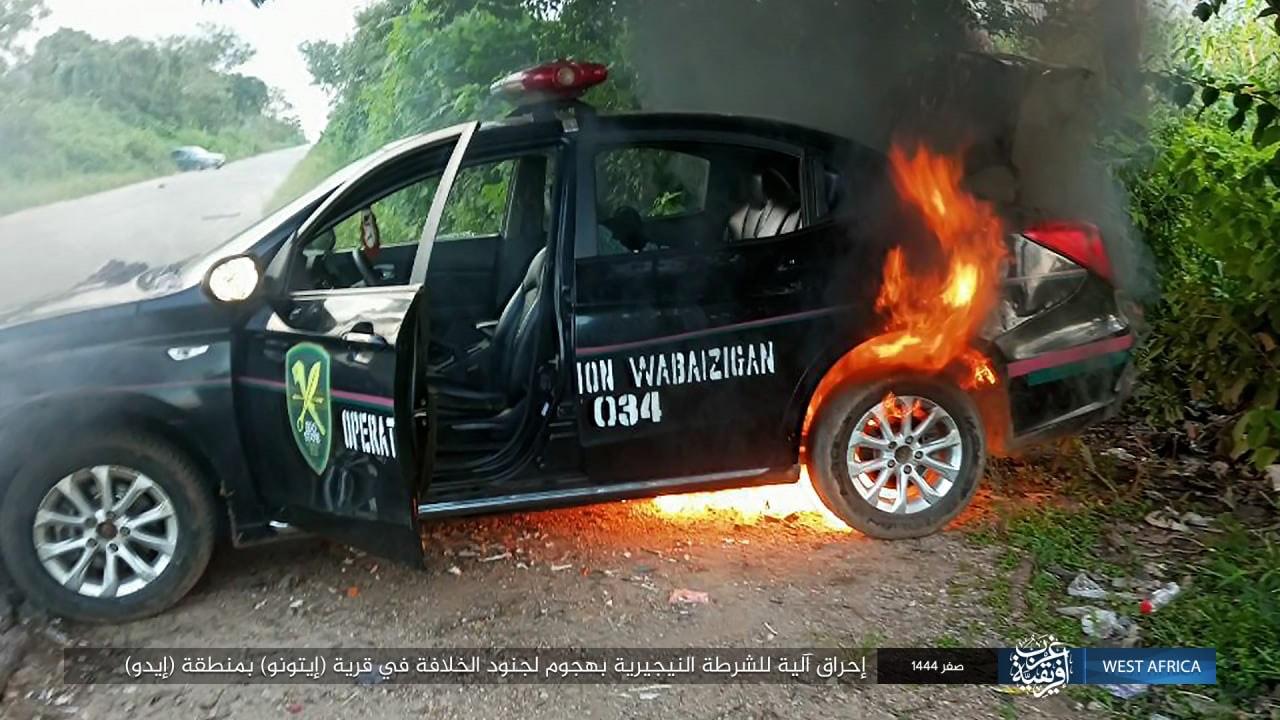 The attacks on the police checkpoints in Edo and Ondo States by ISWAP could be a hint that the group is moving towards the Southern part of Nigeria.

ISWAP had claimed expansion into Abuja, Kogi, and Taraba in the last six months.

In May 2022, the group said it was behind an explosion that rocked the ancient town, Kabba in the Kogi West Senatorial District.

Kabba is the headquarters of the Kabba/Bunnu LGA and the people speak a dialect of Yoruba called Owe.

At Least 174 Killed At Violent Football Match In Indonesia

Nigeria: Government At The Centre Has No National Mandate By Ndidi Uwechue

Nigerian Army Confirms Having Over 80,000 Ex-Boko Haram Terrorists In Custody