The Supreme Court-sacked governor stated this in a video seen by SaharaReporters on Tuesday, while instructing his kinsmen about the "dangers" of voting for Peter Obi in the general election.

Some members of the Zamfara State Peoples Democratic Party (PDP) have made an allegation against one Abdulaziz Sani Lawal-Dare, who they described as a brother to Dauda Lawal-Dare, the governorship candidate of the party in the state.
They accused Abdulaziz of compromising the credibility of the electoral law and the Nigerian constitution while discharging his official responsibility as a legal officer with the Independent National Electoral Commission.
The PDP members noted that the said INEC officer had been working with some politicians in sabotaging the laid down rules and guidelines of the electoral body, to the detriment of their rivals.
On September 16, a Federal High Court in Gusau nullified the election of Lawal-Dare as the governorship candidate of the PDP.
He had, on May 26, emerged as the party’s governorship candidate. He had polled 431 votes to defeat Shehu, who came second with five votes, and Wadatau Madawaki, who placed third with three votes.
But in June, Madawaki, Shehu-Gusau, and Aliyu Hafiz Muhammad filed a suit challenging the legality of the primary election.
They requested that the exercise be annulled due to alleged anomalies, contradictions, fraud, and violation of the electoral act and the party’s constitution, among other things.
In his ruling last week, Aminu Bappa, the presiding judge, granted the prayers of the plaintiffs and nullified the primary and ordered a rerun. 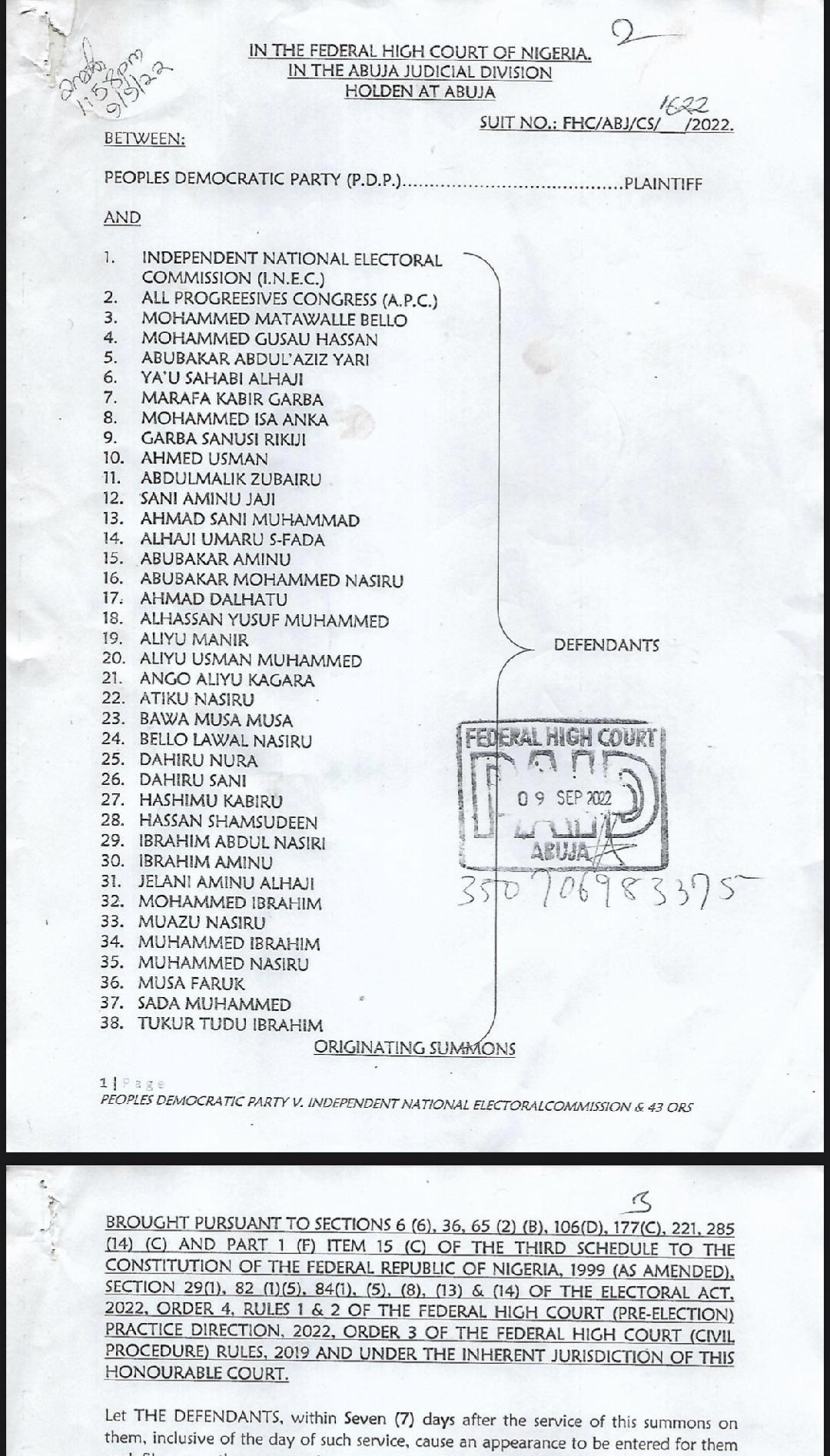 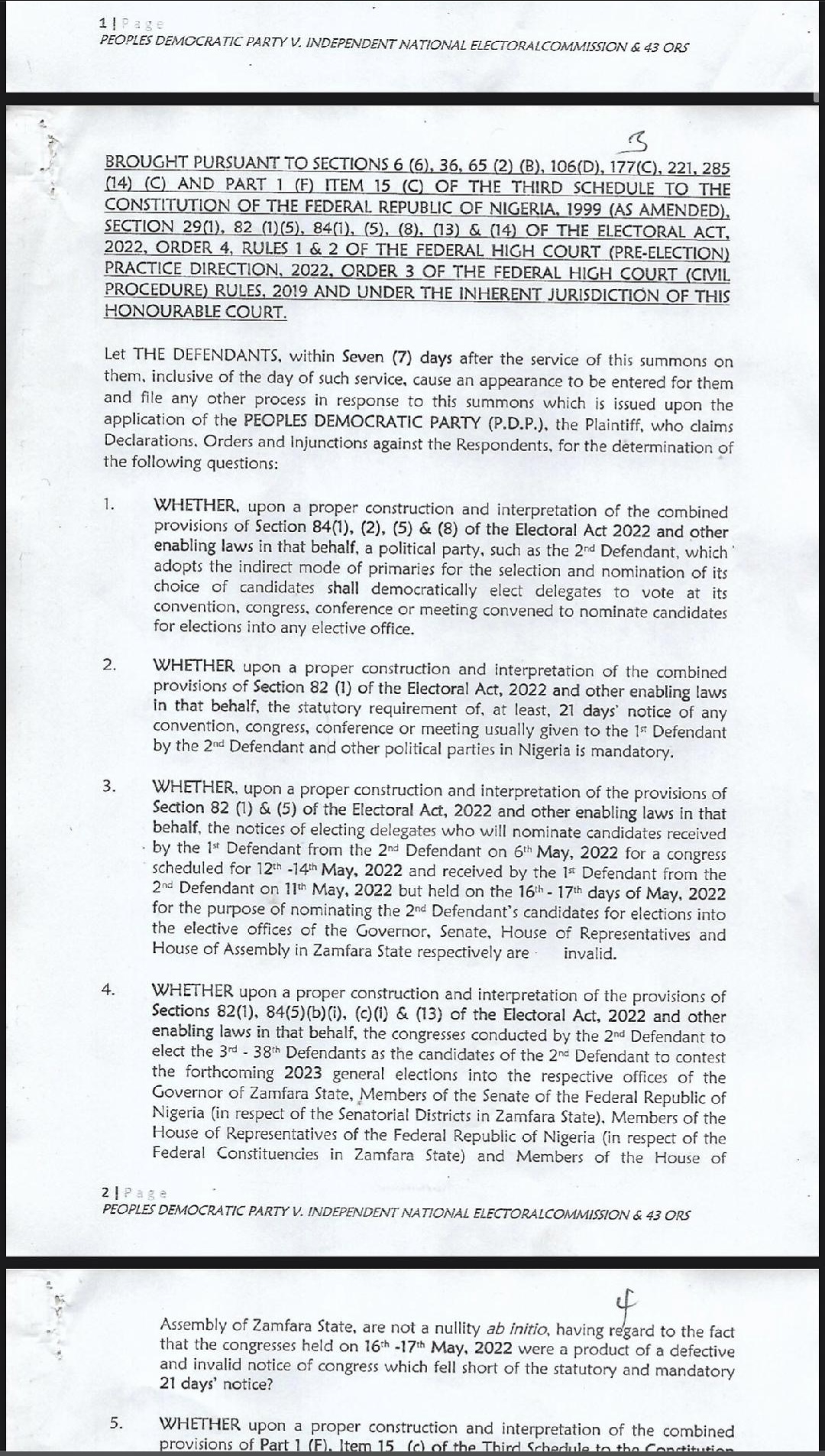 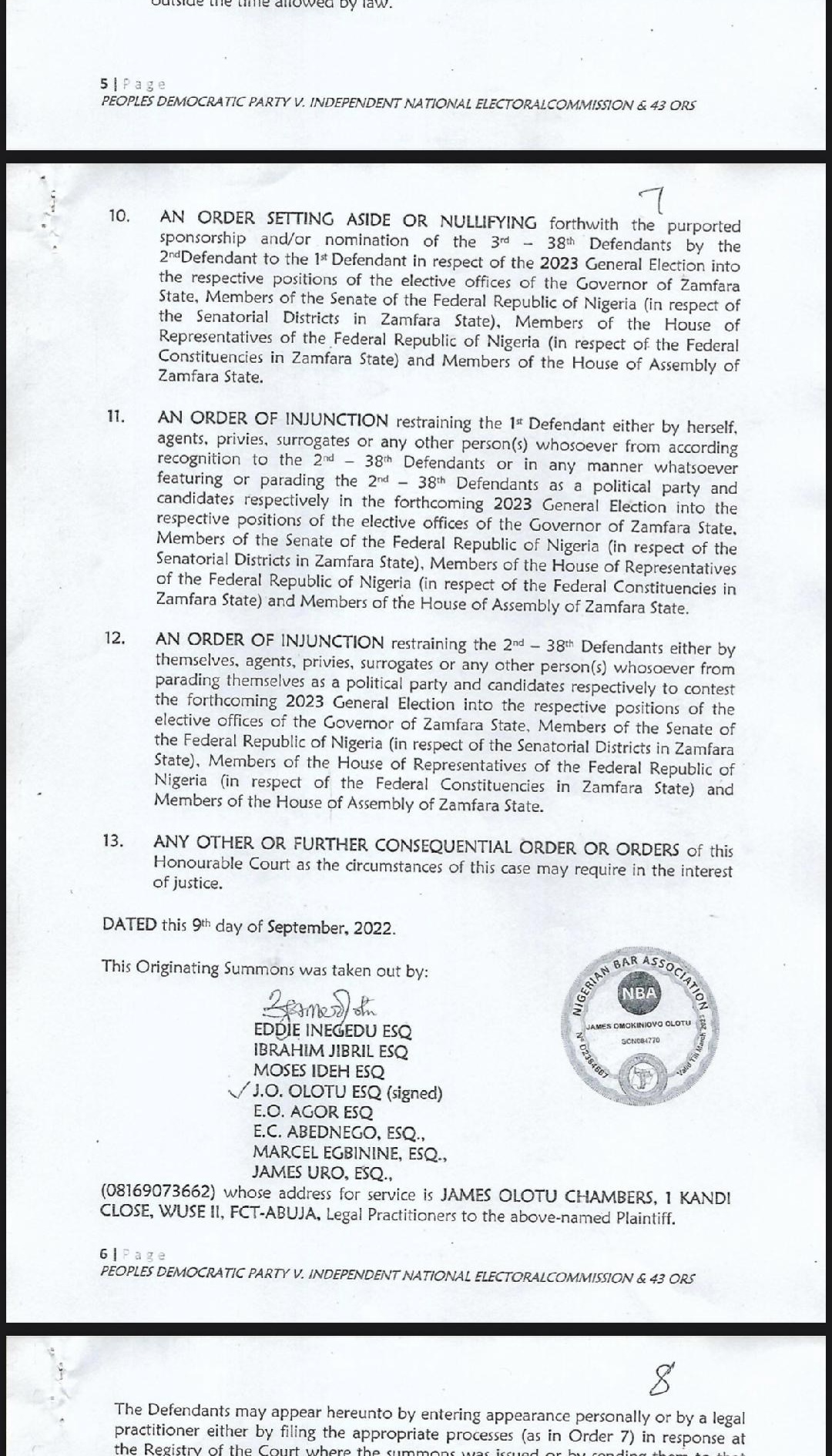 Last Friday, Lawan-Dare re-emerged as the party’s candidate.
However, leader of Gusau's supporters, Nasir Ahmed accused Abdulaziz of conniving with another legal officer at INEC's office in Zamfara and instructing her to do all she could to ensure his brother re-emerged as the PDP's candidate.
He argued that the plot by the senior INEC official gave the sacked candidate an edge over other aspirants and grossly violates the provision of the constitution of the Federal Republic of Nigeria and the electoral laws.

He stated, “I am therefore petitioning the INEC over this gross misconduct of its officers against the principles of justice and fairness contained in the electoral act and the constitution of the Federal Republic requesting for the electoral umpire to remove this corrupt officer from working in the capacity he is presently in the interest of justice, fairness, peace, and harmony."
Meanwhile, some members of the ruling APC have also accused Abdulaziz of being the agent of PDP in INEC headquarters.
The APC chieftains said they had credible information that the lawyer had been engaged by the opposition party hierarchy to compromise the electoral body, using the instrumentality of the law.
"We have credible information at our disposal that Dare has been engaged to work against the APC. He has started this with Zamfara State. With the suit against our party by the PDP, we were reliably told that it was him that weaponised the PDP with insider information and free legal advice to institute [Suit No FHC /ABJ/CS/1622/2022] legal action against the APC on the conduct of our party primaries.
"Also, information reaching us from allies of the Zamfara PDP governorship candidate revealed that it was based on Lawal-Dare's advice that they decided not to appeal the judgement that nullified the PDP governorship primary and to conduct a mini congress to elect the women delegates that were missing in their list of three delegates.
“It was him that also advised INEC to monitor the Friday primary because INEC depends on the advice it receives from its legal department for its action/inaction," one of the APC stalwarts said.
He added that Dare misadvised the electoral body because he wanted his brother to become governor through the backdoor.
"This is in addition to his assignment to assist the PDP in whichever way he can. The 82(1) of the Electoral Act 2022 is very clear about notice. The Act says political parties must give a 21-day notice whenever the need arises. But INEC was given only 48 hours to monitor the recently conducted governorship primary of the PDP in Zamfara State," he said.
Meanwhile, the PDP in Zamfara State had filed a suit at the Federal High Court, Abuja (FHC/ABJ/CS/1622/2022) asking the court to set aside or nullify the governorship, Senate, House of Representatives and State Assembly primaries of the APC in the state.
The suit has all the candidates of the APC in the state as defendants.

APC, PDP To Present About 1,000 Witnesses Over Ganduje’s Election

I Can’t Step Down For You; APC Party Has Messed Up Nigerians – Atiku Abubakar Replies Tinubu