The group also queried the inclusion of Okene and Adavi local government areas on the list, adding that they are on high ground and do not face the risk of flooding.

A group under the auspices of Ibaji Progressive Youths Foundation has faulted the exclusion of Ibaji Local Government Area of Kogi State from the relief fund meant for flood victims.

The group described the data released by the Nigeria Hydrological Services Agencies (NHSA) that excluded the local government from flood-ravaged areas as skewed, inaccurate and incomplete.

In a letter addressed to the Director General of NHSA, dated September 26, 2022, and jointly signed by the National President, Comrade Apeh Kelvin Abuchi and General Secretary, Comrade Linus Sule Egwu, the group alleged that the data was concocted on the order of Governor Yahaya Bello to favour certain local government areas for political interest.

The group also queried the inclusion of Okene and Adavi local government areas on the list, adding that they are on high ground and do not face the risk of flooding.

The group, therefore, called their replacement on the list.

The letter added that the agency did not go around the state to enable its officials to identify communities that face the risk of being flooded. 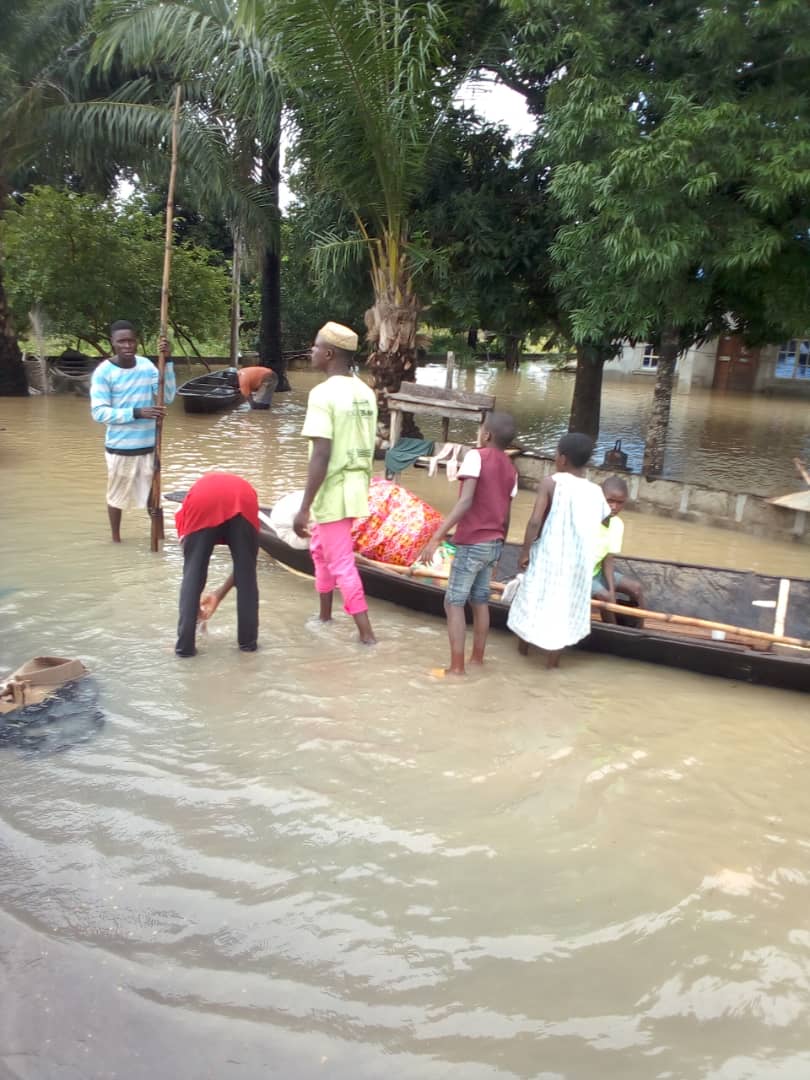 The letter read, "The above organization writes to draw your attention concerning the 2022 NIHSA Afo Highly Probable Flood Risk Local Government Areas in Kogi State data as inaccurate and incomplete without the inclusion of the most affected (Ibaji) local government in Kogi State.

"Politics outside, flood menace in Ibaji Local Government Area is an annual occurrence and every year leaves the people with huge human and economic losses.

"Ibaji Local Government Area has always been the worst hit from the yearly flooding in Kogi State since creation. Hence, we are shocked to note that Ibaji LGA was not indicated in the list, while Okene LGA which has nothing that is not along the plain Kogi State made the list.

The foundation maintained that the removal of Ibaji which has been submerged by flood from the flood relief funds was deliberately aimed at maligning the people of the area.

"If the 2022 data as circulated for Kogi State done in conjunction with the Ministry of Environment, Kogi State and Kogi State Emergency Management Agency? (sic)

"In your serials, No (20) Okene and No (22) Adavi are captured and there are no rivers in the above-mentioned areas. Does it mean your analysis was carried out at Kogi State Government House or you moved across the state?

"The only oil-producing local government area in Kogi State too small nor qualified to be captured?

"As of today, visit Ibaji local government area which you purposely removed due to politics of loyalty and interest. The Area has been submerged by flood, even when the local government was deliberately maligned from the report, the fact on the ground speaks differently."

About 50,000 people were recently displaced by flood in the Ibaji council area.

The lawmaker representing the constituency, Atule Egbunu while confirming the incident, said about three persons were also killed in the disaster as the entire local government area has been submerged by water.

Leave Nigeria If You Think Migrating Legally Is Good For You– Presidential Aide, Femi Adesina

US, Other Western Countries Behind Anti-Hijab Protests — Iranian Government

IPOB Petitions US Government Over Silence On Nnamdi Kanu’s ‘Abduction’ From Kenya, Ordeal Under Buhari Administration

My Life Threatened By Taraba Government Agents Over My Report On Privatisation Of Beverages Company, Nursing College –Newspaper Publisher