The emerging facts from the Zamfara State Chief Executive's certificate puzzle reminded me of John Adams' postulation on facts. He opined that "facts are stubborn things; and whatever may be our wishes, our inclinations, or the dictates of our passion, they cannot alter the state of facts and evidence."

The alleged certificate forgery hovering around the governor of Zamfara state, Bello Mohammed Matawalle is alarming, and the facts are damning. It is beyond hyperbole to say the least, for facts don't lie.

The emerging facts from the Zamfara State Chief Executive's certificate puzzle reminded me of John Adams' postulation on facts. He opined that "facts are stubborn things; and whatever may be our wishes, our inclinations, or the dictates of our passion, they cannot alter the state of facts and evidence."

It is difficult to conceal the truth in the 21st century, a digital era of technological advancement that provides access to critical evidence within the blink of an eye. It must be a pity when a high-ranking public figure scuffles with immense effort to change a narrative that has become glaringly obvious to all and sundry. 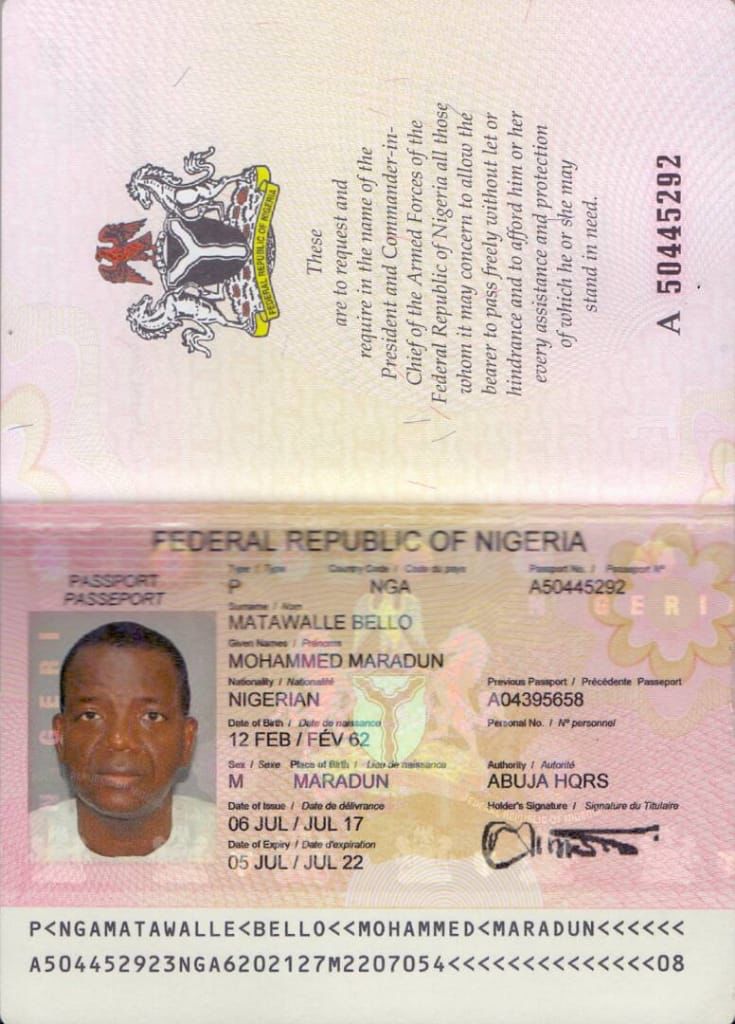 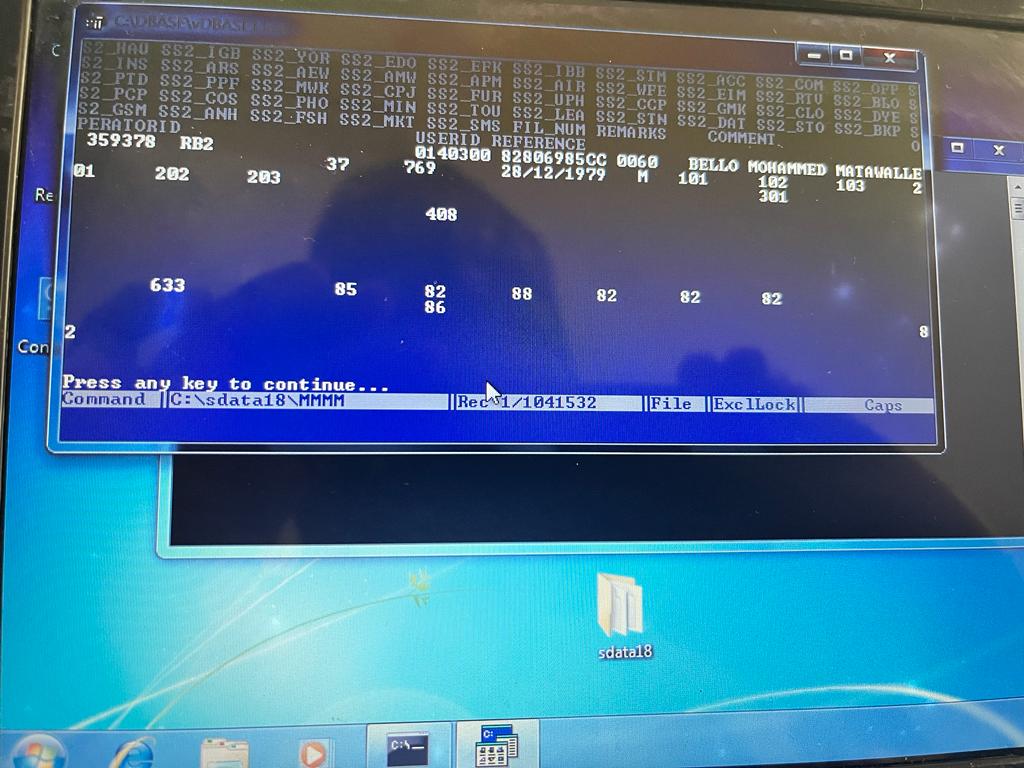 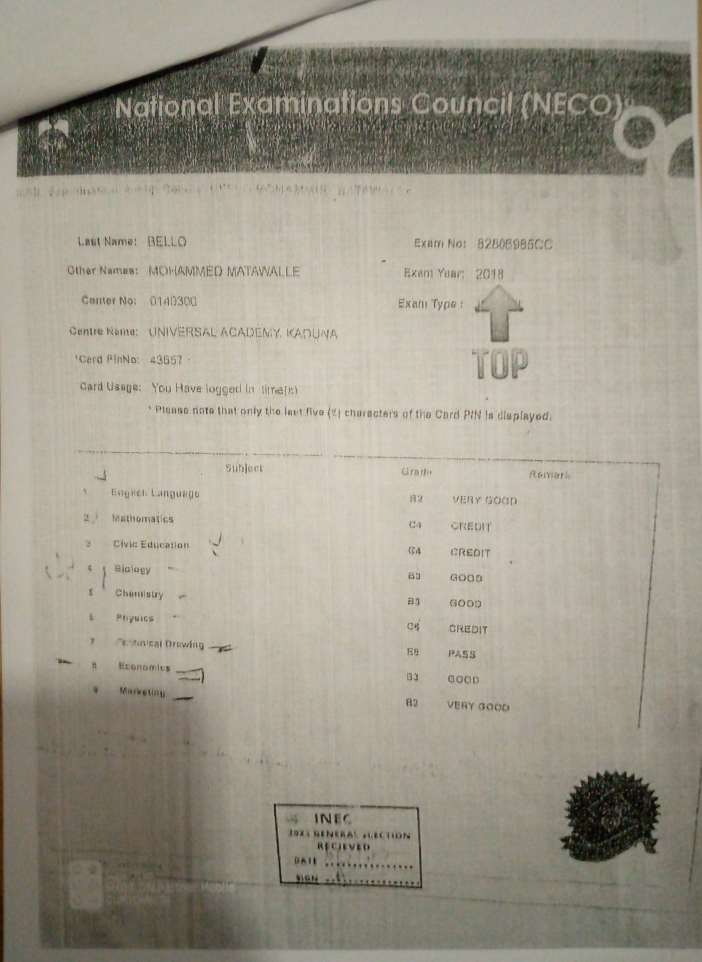 To understand the depth of Governor Matawalle’s certificate crisis, there is a need for elucidation of what it takes to be, and the powers of a state governor. A state governor derives his powers from constitutional provisions: Chapter VI, Part II, 176 (2) says, "The Governor of a state shall be the Chief Executive of that state."

A governor leads the executive branch of the government of his state; he commands authority over the affairs of his state. The Nigerian constitution vests executive power in the governor, tasked with, among other things, enforcing the law and appointing the state judiciary and other regulatory bodies. As a holder of a public office, a governor must uphold the highest standards and adhere to the seven principles of public life, which are selflessness, integrity, objectivity, accountability, openness, honesty, and leadership.

Governor Matawalle's integrity is being questioned, and numerous posers about his certificate have already added tons of salt to the injury, of apparent incompetence and incapacity. The Constitution requires any office-seeker in Nigeria to have at least a secondary education. It is required of you to go to school, to be educated to a level that would enable you to read and write and be able to sign documents.

As a way of opening a can of worms, let’s probe into the key claims in Governor Matawalle’s certificate conundrum to see if the facts correspond. Governor Matawalle presented to INEC for the 2015 and 2019 elections a technical certificate by the Ministry of Education, Sokoto state division of Science and Technical Education Vocational Training Centre, Bunza. It is visibly indicated in the result issued in 1985 that Bello Muhammed, with exam number 005, was born on the 29th of February 1962.

In a statutory declaration of age filled by Governor Matawalle’s uncle; Alhaji Bala S/Kaya Maradun sincerely and solemnly attested that Bello Mohammed was born at Maradun in Maradun district in Zamfara State, on the 12th day of February 1962. The document was duly signed and stamped by the high court in Zamfara state on the 11th of May 2022.

Furthermore, Governor Matawalle in an affidavit obtained from the High Court in Abuja, testified that he deposed to the affidavit in good faith, conscientiously believing that his correct date of birth was February 12th of February 1962 and not February 12th, 1969. Matawalle's international passport carries passport number A50445292 issued on 06th July 2017 with an expiry date of 05th July 2022 carrying the 12th of February 1962 as his date of birth.

The apple of discord is Governor Matawalle’s date of birth in the NECO result submitted to the Independent National Electoral Commission (INEC) for the 2023 election, as evidence of the Senior School Certificate Examination (SSCE). The claim in the certificate is that Bello Mohammed Matawalle with registration number 82806985CC sat for June/July 2018 NECO at Universal Academy Kaduna with Centre number 0140300. His date of birth on the document is the 28th of February 1979. This date of birth in the NECO result does not tally with any of the above affidavits.

My greatest concern in the whole conundrum is that Matawalle either sat for the 2018 National Examination Council (NECO) via a proxy or he bought the certificate. The National Examination Council conducts two Senior School Certificate Examinations (SSCE) a year. First, NECO June/July is usually called NECO Internal. This is the school candidates' examination. Second, the NECO (GCE) November/December is usually called the NECO external. This is the private candidate's examination. Governor Matawalle has submitted to INEC a certificate of the NECO internal, which requires a student to start schooling from SS1 to SS3.

In separate records obtained from verified sources, Governor Matawalle sat for the June/July 2018 NECO with four of his female children: Bello Aisha Matawalle, Bello Kausar Matawalle, Bello Yuhanasu Matawalle, and Bello Zainab Matawalle at the same Universal Academy in Kaduna state. This is the height of perjury!

As a concerned citizen of Zamfara State, with the flabbergasting facts available, it would be good for Governor Matawalle to own up to these hard to refute allegations of forgery and perjury, show regard to the dignified office of the Executive Governor, and respect the good people of Zamfara State. To date, Salisu Buhari has remained the poster boy of certificate scandals in Nigeria’s political space, but from all indications, Matawalle will take over, with the latest allegations leveled against him.

On forgery, Section 465 of the Criminal Code Act says, "A person who makes a false document or writing knowing it to be false, and with the intent that it may in any way be used or acted upon as genuine, whether in the state or elsewhere, to the prejudice of any person, or with the intent that any person may, in the belief that it is genuine, be induced to do or refrain from doing any act, whether in the state or elsewhere, is said to forge the document or writing."

Tanimu Salihu Mafara is the Chairman of the Zamfara Alternative Forum.

We Are Creating A Hyper-Sexual, Hyper-Everything Generation; And Nigeria Is Leading The Rant By Timi Olagunju

Warfare Among Tribes By Oguchi Nkwocha

Central Bank Governor, Emefiele Blames Nigerians Travelling To UK, US, Others For Education For Naira Fall