As the crisis in the main opposition party, Peoples Democratic Party, PDP, continues to deepen, four governors in the party and Governor Nyesom Wike of Rivers State met behind closed doors on Sunday.

The South East Vice Chairman of the party, Ali Odefa and the National Treasurer of the party who is from Enugu State were also part of the meeting.

The governors arrived at Akanu Ibiam International Airport in Wike’s private jet and were received by the host, Governor Ifeanyi Ugwuanyi. 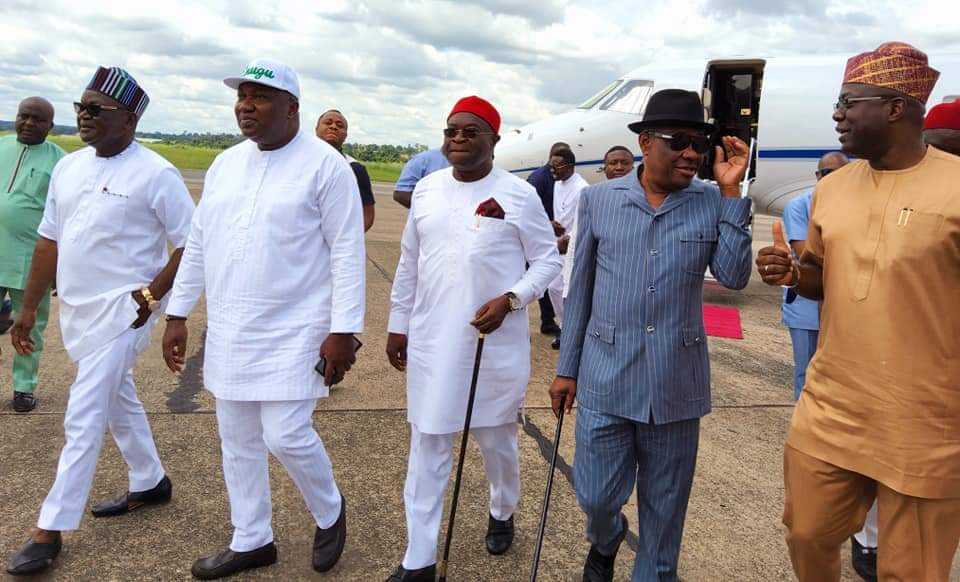 At the end of the meeting which was held at the Enugu Government House, the governors refused to speak to the media. 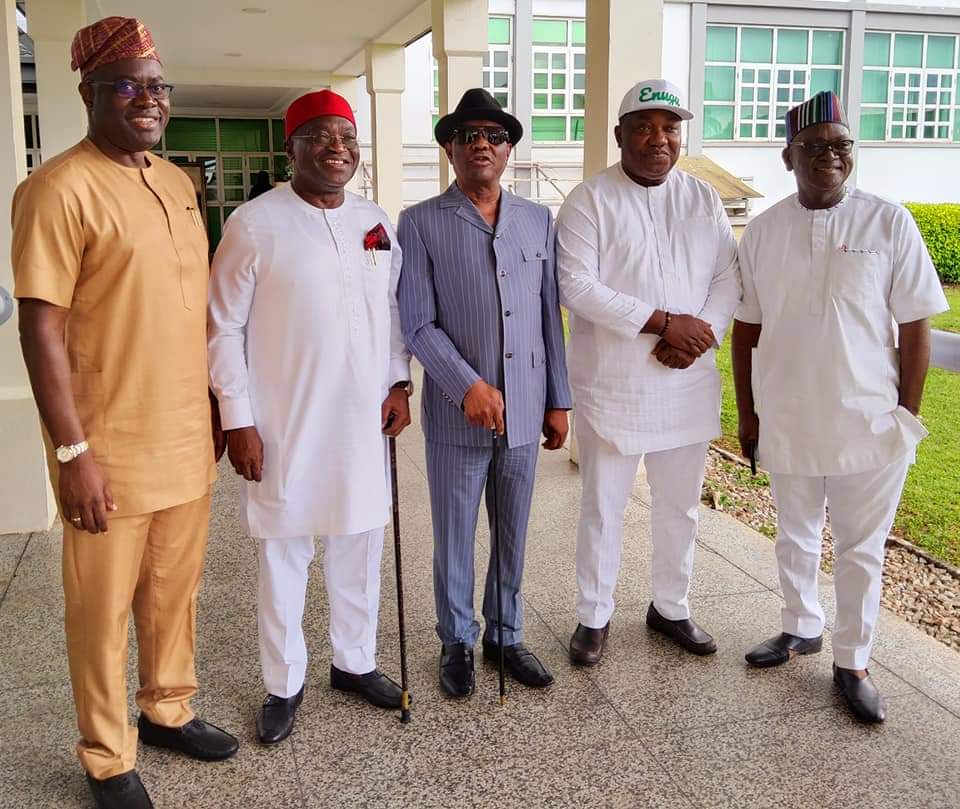 However, sources said the meeting provided an opportunity for the governors to consider their options following renewed efforts made by the PDP presidential candidate, Atiku Abubakar and the party to win their support.

Atiku has also held consultative meetings with PDP stakeholders in the South East and South West but the contentious issue which is their demand for the resignation of the party’s National Chairman, Iyorchia Ayu still stands.

After their absence at the recent inauguration of the party's presidential campaign council, Wike met again with Atiku where he reportedly insisted that Ayu must leave his position as the party chairman.

Wike also hosted the Labour Party presidential candidate Peter Obi for the second time, fuelling speculations that he may work for the Obi Presidency.

There are speculations that the governors met in Enugu to consider the proposals offered by the Labour Party presidential candidate, Peter Obi and that of All Progressives Congress (APC), Bola Tinubu.

'You Are Not God', Ohanaeze Ndigbo Fires Back At Amaechi Over 2023 Presidency Comment

Why Naira Redesign May Be Declared Illegal, Unconstitutional If Challenged In Court – Falana-Led Group, ASCAB