According to him, the appointment of the aides would bring development to his area.

Amidst the rising economic hardship in the country, a local government area councillor in Borno State has appointed 19 personal assistants for his office.

The councillor, Mohammed Alhaji Ali, who represents Damasak Central ward, a subset of Mobbar Local Government Area of Borno State, made the appointment according to a document obtained by SaharaReporters.

He also confirmed the appointment while speaking with SaharaReporters. 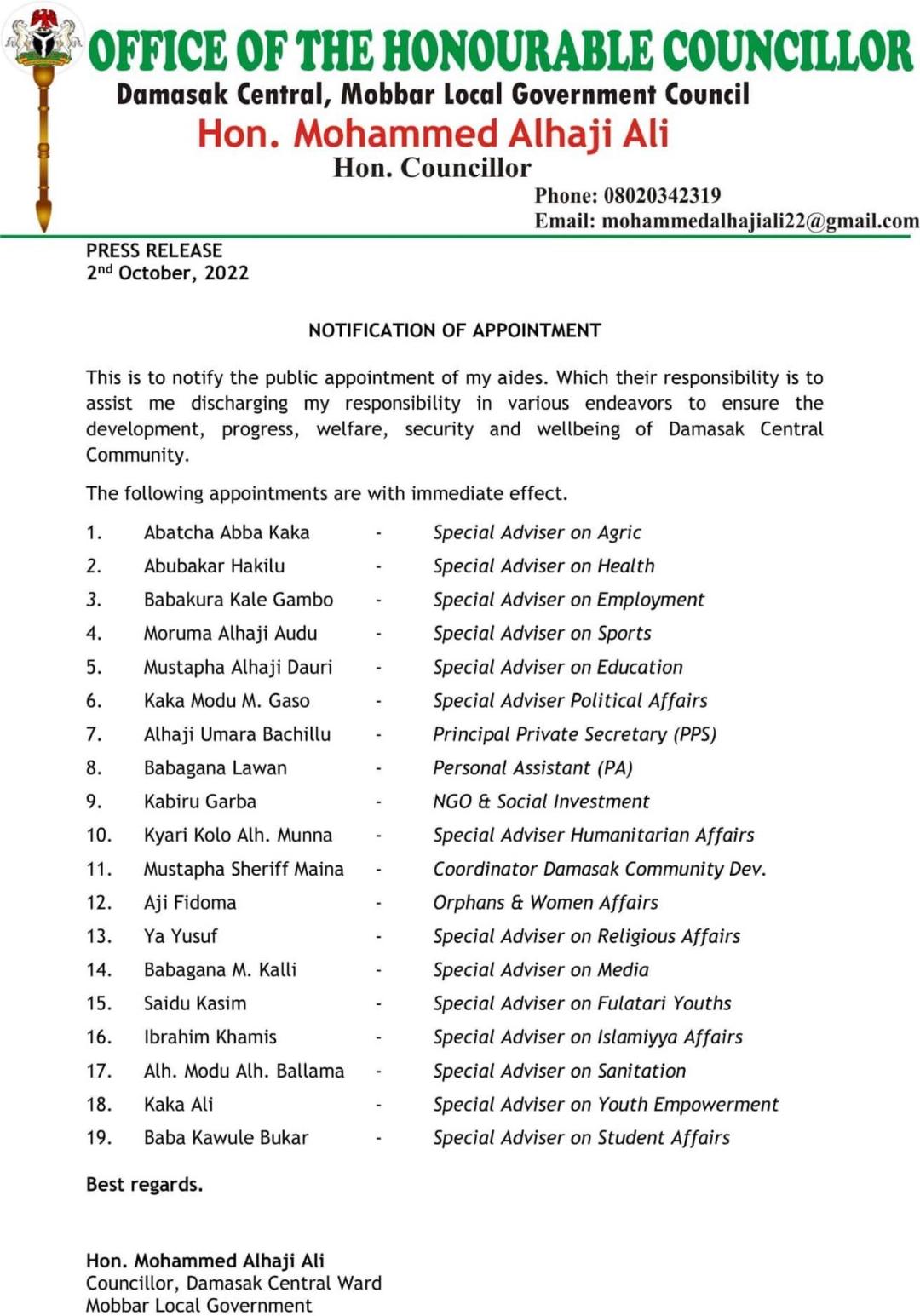 According to him, the appointment of the aides would bring development to his area.

He added that the appointees are to help him in the discharge of his responsibilities, to ensure development in the area.

“I'm Honourable Mohammed Alhaji Ali Damasak, the councillor representing Damasak Central in Mobbar LGA in Borno State and I just appointed 19 special advisers to work with me in discharging my duties,” he said.

Man Accuses Nigeria Policemen Of Arresting Him For Having Dreadlocks In Kwara; Police Kick, File Charges In Court

A Would-be Watershed Election? Zimbabweans Go To The Polls Amid Claims Of Irregularities

Nigeria’s Power-Drunk First Lady, Aisha Buhari Listed As Witness To Testify Against Student For Tweeting That She Fed Fat On Poor People’s Money

Christian Association, CAN Calls For Probe Of Nigerian Pilgrimage Commission Over 'Improper Treatment' Of Pilgrims