Some Nigerian youths have stormed the streets of Warri town, Delta state to protest against the operations of the anti-graft agency, Economic and Financial Crimes Commission (EFCC).

The protest caused commotion and panic on Tuesday at the Otovwodo junction of Ughelli community, Ughelli North Local Government Area of the state.

The youths claimed the commission has been wrongly profiling them as fraudsters and arresting them without any concrete evidence to prove the charges swiftly filed against them.

SaharaReporters gathered that the protest started around 11:00 am. 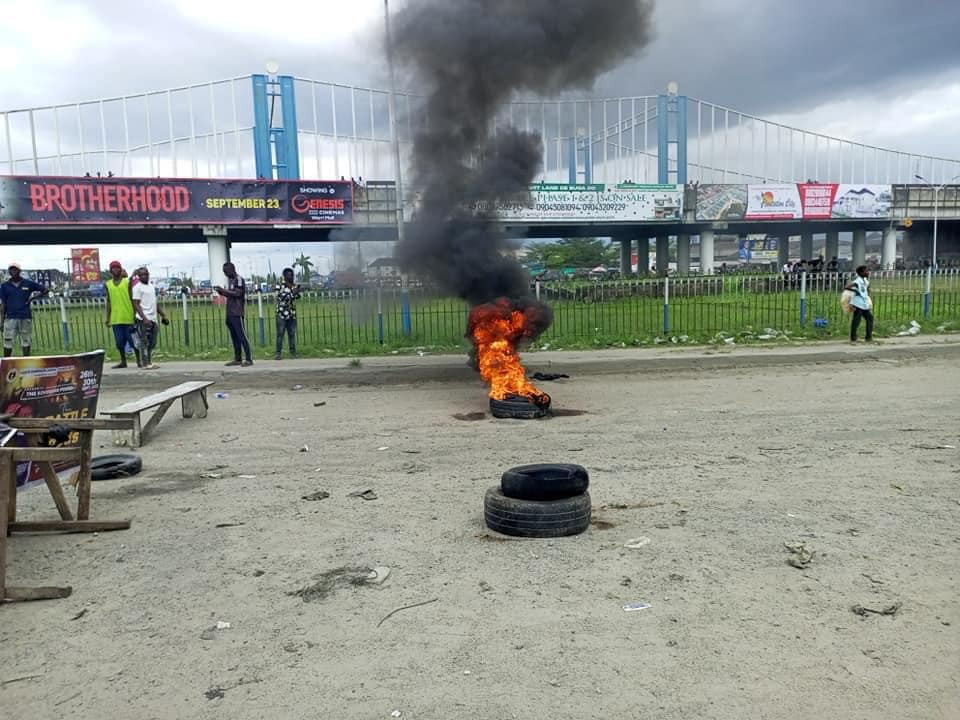 Speaking to our correspondent, a youth who participated in the protest said they decided to embark on the #EndEFCC protest following what he described as "Indiscriminate arrest of our youths by the operatives of EFCC”.

“An arrest of a large number of persons of such mostly young people is a direct call for anarchy and civil unrest in the land and there's no justification for such an act under any guise and that's why we have come out to say enough is enough. EFCC must stop the incessant arrest and harassment of young youths in Delta state," he added.

On Sunday, the agency announced the arrest of 95 suspected internet fraudsters in the state.

According to EFCC, the suspects were arrested on Thursday, September 29, 2022, in a sting operation, at Adesa Ughonton and Jedda axis of Warri for alleged cyber fraud.

SaharaReporters however observed that Tuesday's #EndEFCC protest took place at exactly the same Otovwodo junction, Ughelli where the #EndSARS protest started from in Delta state two years ago, in response to a video made by one Nicholas Makolomi showing how policemen were seen brutalising some youths.

However, in a different twist to the #EndEFCC protest, some persons suggested that the recent arrest of youths was orchestrated by the ruling party in response to the massive support and rally hosted by young Nigerians in support of the Labour Party's presidential candidate, Peter Obi.

At the time of filing this story, a combined team of security agencies has been drafted to the area to avoid any breakdown of law and order.

I Wish Nigeria Found More Crude Oil In The North So The South Would Be Left Alone –US-Based Nigerian Professor, Obiwu Iwuanyanwu

You’re Merely President’s Wife, You Have No Power To Order Arrest Of Any Nigerian, Former Buhari’s Minister Lambasts Aisha Buhari