Multiple sources told SaharaReporters that the highly-rated police detective graduated 40 years ago from the University of Maiduguri, Borno State.

The Deputy Inspector-General of Police in charge of the Force Criminal Investigations Department (FCID), Johnson Babatunde Kokumo, is currently enmeshed in a scandal over alleged falsification of age, SaharaReporters has gathered.

Multiple sources told SaharaReporters that the highly-rated police detective graduated 40 years ago from the University of Maiduguri, Borno State.

He was said to be over 24 years when he graduated from the university in 1982 as he gained admission in 1979 with A levels, which is direct entry.

Some of Kokumo’s colleagues at the University of Maiduguri said none of them was less than 23 when they graduated 40 years ago and wondered why the senior police officer was still in service.

Section 18(8) of the new Police Act signed by the President Muhammadu Buhari stipulates the retirement age for a police officer to be 60 years of age or 35 years of public service, whichever is earlier.

“How the Deputy Inspector General of Police (DIG) in-charge of the Force Criminal Investigations Department (FCID), Johnson Babatunde Kokumo, hasn’t retired from the Nigeria Police Force on the ground of age, still baffles many,” a source said.

“He came into the University with an A levels certificate, which meant an extra year over other regular students who came in through JAMB. And since he is still in the police force, the obvious conclusion to draw is that he is currently less than 60 years old.

“Kokumo is billed to retire next year from the Nigeria Police Force on the ground of years of service; not age. He joined the police in 1988, after acquiring a Master’s Degree in Sociology with a speciality in Criminology. His official age, however, is shrouded in secrecy.

“I’ll send you the order of proceedings for our convocation ceremony at the University of Maiduguri held on 29th January 1983. Professor Jibril Aminu was then the Vice Chancellor of the university at the time. On page 36 of the programme of the event, Kokumo’s name was listed among those who graduated with Second Class (Upper Division) from the Department of Sociology and Anthropology.

“Kokumo was admitted into the University of Maiduguri in 1972, which is 44-years-ago. Could he have gained admission into the university at the age of 16? Don’t forget he was admitted with an A levels certificate, which meant an extra year over other regular students who came in through JAMB.

Another source confirmed that the senior police officer should have retired from the service of Nigeria Police Force as he is over 60 years old.

“Though I don't know his actual age, he cannot be less than 63 years of age. His mates that joined the police after graduation are over 60 years. DIG Ntomchukwu and AIG Gimba both graduated same year with him, both have retired from service.

“Though he did not join the police the same time with them, he joined in 1988 after a Masters degree. The fact is that he graduated 40 years ago. The law says you retire at the age of 60 irrespective of when you joined or after 35 years of service; whichever comes first.”

Kokumo stepped in as the DIG representing South-West in 2021 following the retirement of DIG David Oyebanji Folawiyo who also joined the force in 1988 as a cadet Assistant Superintendent of Police. 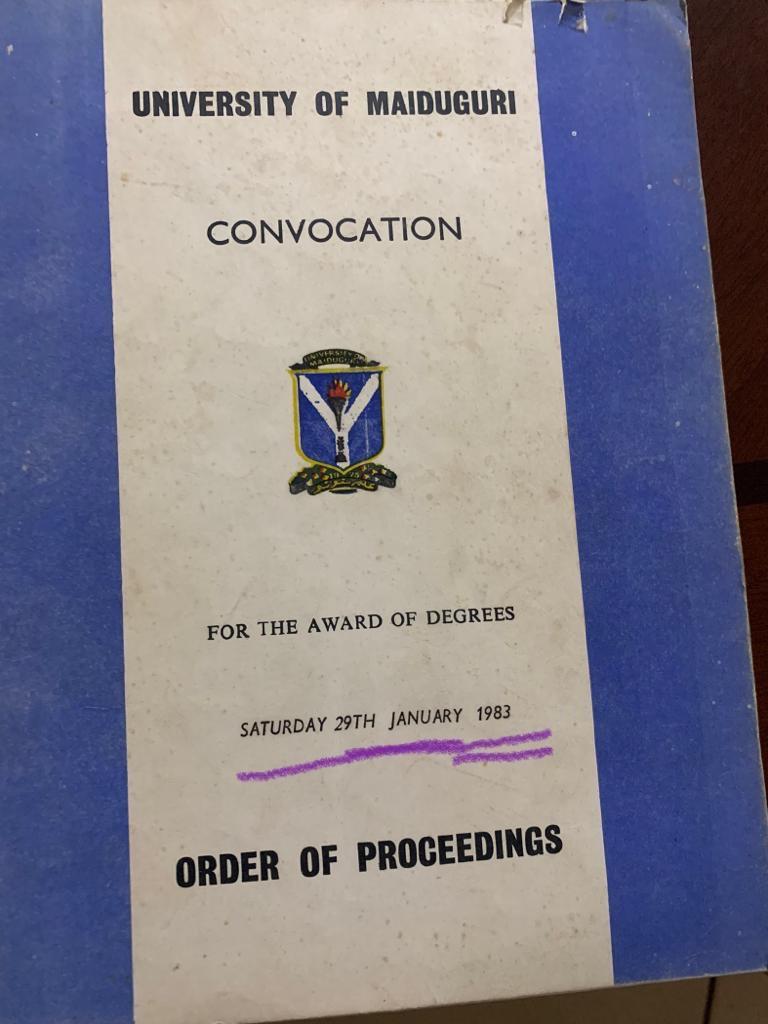 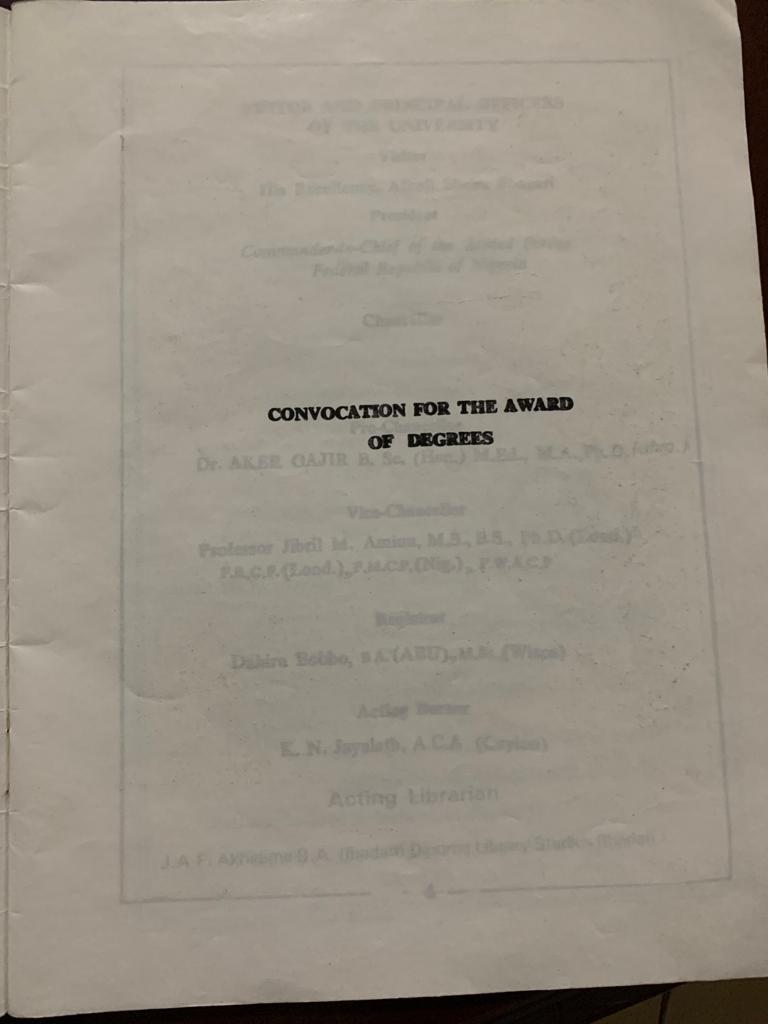 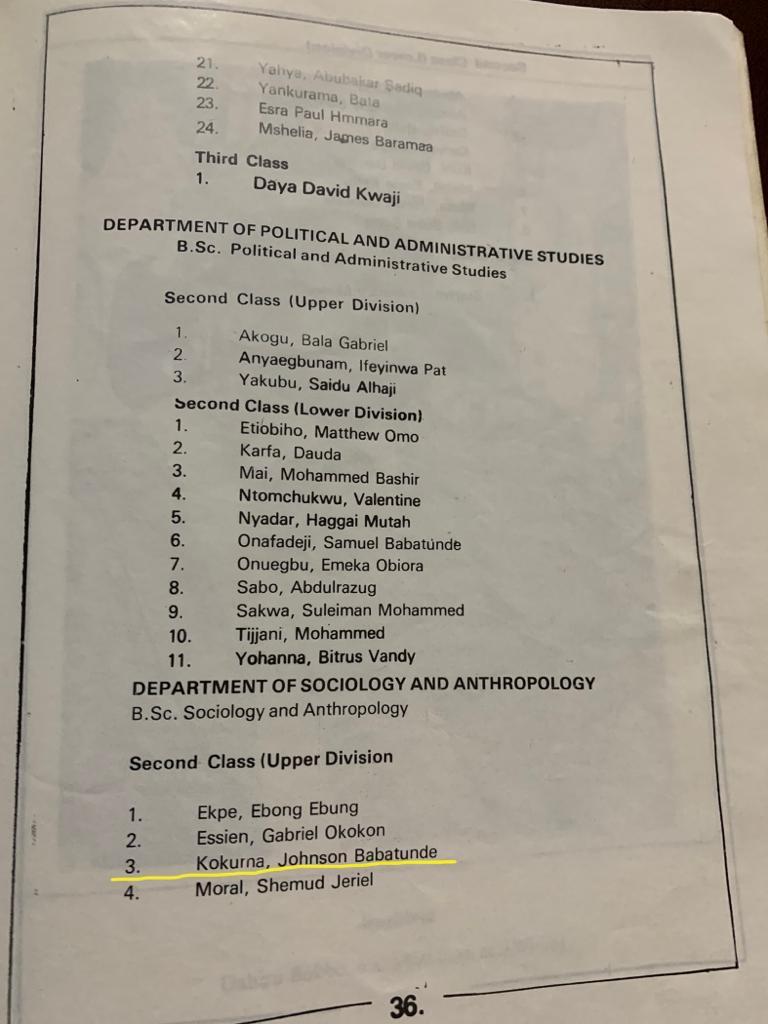 EXCLUSIVE: How Under Fire Police Officers In Lagos Allegedly Extorted N32million Worth Of Bitcoin From Another Set Of Young Men At Gunpoint

We Won’t Accept Excuses Around General Elections, Your Handing Over By May – Northern Elders Warn Buhari

Governor Adeleke And PDP Will Also Lose In Appeal Court; When You Cheat, You Must Pay For It, APC Reacts To Tribunal Ruling