The athletes accused the officials of the state sports commission and others of taking advantage of athletes to amass illicit wealth.

The athletes accused the officials of the state sports commission and others of taking advantage of athletes to amass illicit wealth.

The state contingent which has been camped at the Asaba Technical College, on Sunday morning staged a protest against poor feeding, abysmal allowances, unhygienic environment. They accused officials of the state sports commission headed by governor Ifeanyi Okowa's younger brother, Tonobok Okowa and others of taking advantage of athletes to amass illicit wealth.

The athletes lamented that they were given only three hours of power supply. According to them, there has been no provision for water supply, mosquito nets and competition allowances, alleging that the sports festival was being used by some people as conduits to enrich themselves as usual.

The state contingent accused Tonobok Okowa, his Special Assistant, Ashakpo Victor, the union chairman, Peter Tobi and some other officials of short-changing athletes to enrich themselves.

Speaking to SaharaReporters, one of the aggrieved athletes who simply identified himself as Nkem, disclosed that since they arrived at the camp two weeks before the commencement of the festival till date, they had not eaten good food.

The athlete said, “We are here because we want to showcase our talents to the world. But we are being treated like animals. No mosquito net, we get only three hours of power supply, no good food and we are given poor allowances.

“There is no day we are not served sour food, no water to bathe and do other things and waste litters everywhere in our camps. Visit the hostels where the para-athletes are camping, you will cry for the state. Everywhere is littered with dirt. 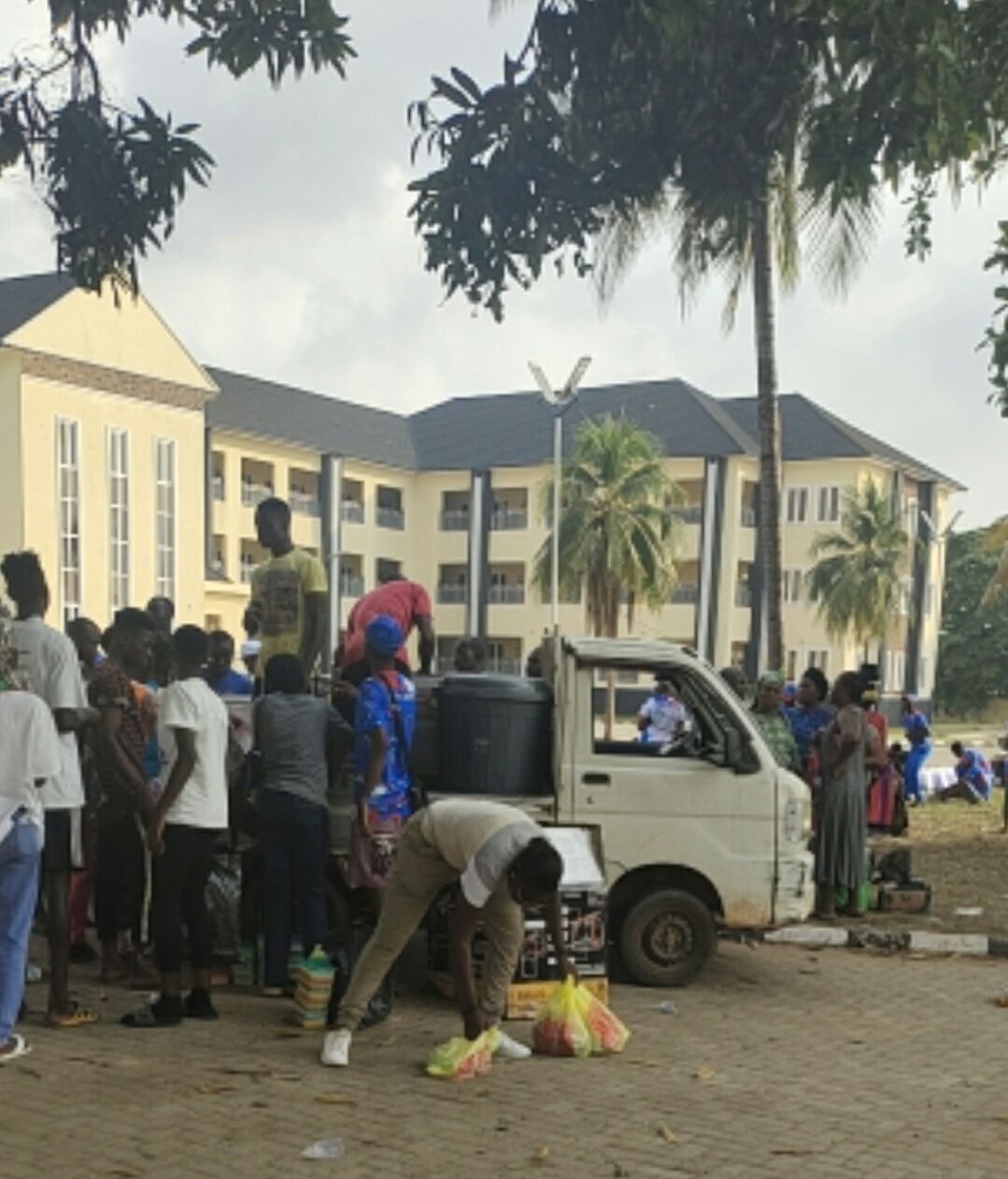 "We learnt that a daughter of the state sports commission's chairman and governor Okowa's younger brother, Tonobok Okowa, got a contract to feed 500 athletes which she is doing by proxy and she is the one always bringing the sour food to athletes. N2,000 is approved for athletes feeding per meal but what they are giving us is not worth N500 and if you see the kind of food they give us, you will weep for us.

“What they can't give even their dogs at home is what they prepare for us to eat. There is proper fumigation of the hostels where we are camped. No fans and proper cleaning of the hostels. There is no single day that athletes don't have a running stomach after eating the rubbish they call food."

Also speaking, another Delta athlete who simply identified herself as Obiageli, condemned the action of officials taking advantage of athletes to loot funds meant for them.

"There are no competition kits; we were only provided with jerseys, no match boots for ball games. We are supposed to be paid N2,500 for the camping allowance and for our competition proper allowance, we are supposed to get N2,500 and altogether, that is N5,000 but as we talk, we have been short-changed and to be paid N3,000 only instead of N5,000. How can they explain the situation where drivers are paid N7,000 as allowance while athletes are paid a meagre of N3,000 at the end of the day?

“Even coaches are also being short-changed by these criminals in government. States like Edo and Rivers are paying over N5,000 per athlete and N10,000 per official.

"Why are things different for Delta state as they are characterised by fraud and corruption? This is how they enriched themselves with money meant for athletes in the state. Go and see properties acquired by Victor, SA to the sports commission's chairman, you will be shocked. Victor has properties worth several millions of naira scattered across Asaba and other parts of the state. The chairman of the sports commission is using it to make money. The union chairman, Tobi Peter is another person conniving with these corrupt officials to take our money. As I talk to you now, secretaries of unions and coaches have rejected their allowances.”

But efforts to reach Victor Ashakpo, Special Assistant to Tonobok Okowa on the phone were not successful as he did not answer the calls. Text messages sent to him were also not replied to while the union chairman Peter Tobi declined to comment on the issue.

Meanwhile, when contacted on the issue, the chairman of Delta Sports Commission, Tonobok Okowa, debunked all the allegations, saying, "I am not aware of all these things you said, and there is nothing of such. I will plead with you to report the positive side of the sports festival rather than the negative because you will only be creating more problems for us."

Mikel Arrives At Eagles Camp, Ready To Take On Ebola