He alleged that the uniformed persons who demolished his house were aided by hoodlums working for Governor Ademola Adeleke.

A member of the Peoples Democratic Party in Osun State, Mr. Akin Adeyi, has claimed his property was on Saturday demolished by people in police uniforms.

He alleged that the uniformed persons who demolished his house were aided by hoodlums working for Governor Ademola Adeleke.

He added that three shops near his building around Osogbo West Bypass in the state capital were also demolished and that many people found on the premises were assaulted. 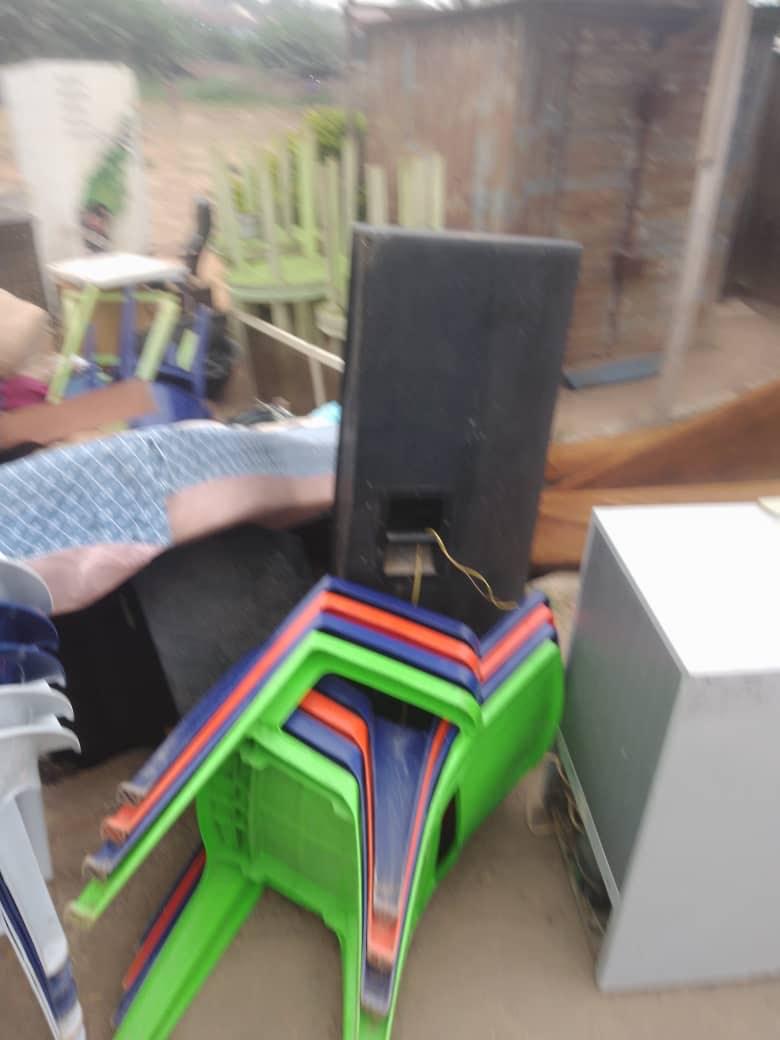 The PDP chieftain said the armed me who carried out the demolition arrived in the area around 4:00 am.

According to Adeyi, his property was demolished because he wrote a petition to the PDP screening committee before the last governorship primary election, asking it to investigate inadequacies he had observed in Adeleke's certificates.

“Sometime last year, I wrote a petition and appealed to the Screening Committee of the PDP where I said they should screen Adeleke properly because he had some deficiencies in his credentials which may cause problems for the party. And that they should not allow our effort to be wasted and that the party should settle for another candidate,” he said.

"You must pass through the court and that person must be served 2 to 3 times before such will be carried out and if the government is to pull down a structure, it is not going to be in the dead of the night.

"I am so lucky and I thank God, the people sent did not meet me there because, if such people had met me there, I don't know what would have happened. There was a time last year when I cried out that my life was under threat from the Adelekes. People will now believe what I have been saying.

"I want to beg the security agencies to look into this and bring those who perpetrated the act to book. No government is bigger than the state. What is it that I have said now that is not true? I said they should look at his credentials and that there were deficiencies there and this is it now. I am vindicated by what is going on at the tribunal."

He urged security agencies to investigate and ensure that the perpetrators are brought to justice.

It was also alleged that the demolition team went to the area with a bulldozer and prevented people in the building and others that had shops nearby from taking out their personal belongings before the structures were pulled down.

A shop owner, Olutope, whose shop was also demolished, said he was attacked by one of those who carried out the demolition exercise when he attempted to salvage some furniture he found at the scene.

"They said I should not have come around when they were pulling down the buildings. They alleged that I had come to spy on them. All my machines, materials and tools were destroyed during the demolition," he concluded.

Efforts to reach Mallam Olawale Rasheed, Chief Press Secretary to Governor Adeleke were not successful as his mobile phone line failed to connect after several attempts.

INEC: Our Card Readers Will Not Fail During Elections

ICPC Uncovers $919,000 Kept In Secret Account By Government Officials Since 2014