The Yahaya Bello-led government had asked the PDP and others to pay millions of naira before their candidates could be allowed to paste posters or distribute flyers.

Hoodlums said to be loyal to the Kogi State government have destroyed the campaign billboards of Natasha Akpoti-Uduaghan, Kogi Central Senatorial candidate of the Peoples Democratic Party in some local government areas.

The Yahaya Bello-led government had asked the PDP and others to pay millions of naira before their candidates could be allowed to paste posters or distribute flyers.

In a letter dated October 24 and addressed to the PDP chairman in the state, the government demanded the payment of the fund within 14 days.

However, despite the payment by Natasha, her campaign billboards across five local government areas were destroyed by hoodlums suspected to be loyal to Governor Bello.

“Despite the fact that Natasha Akpoti Uduaghan paid N11.2 million to the Kogi state government as signage fee, her billboards across five local governments were destroyed by All Progressives Congress’ thugs working for the governor,” a source told SaharaReporters. 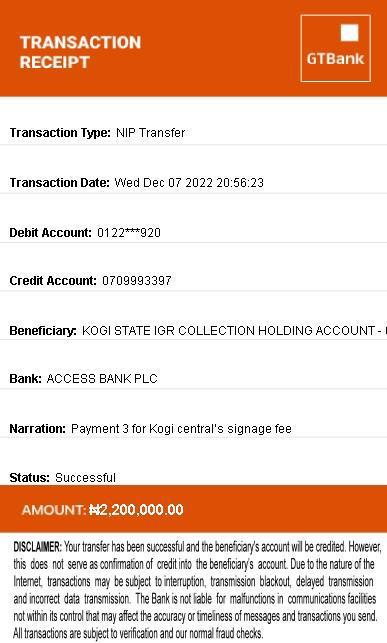 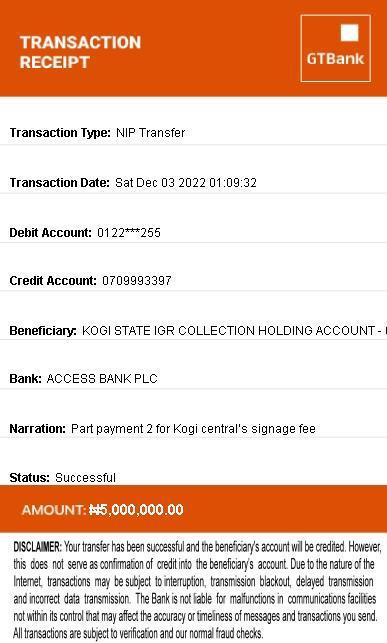 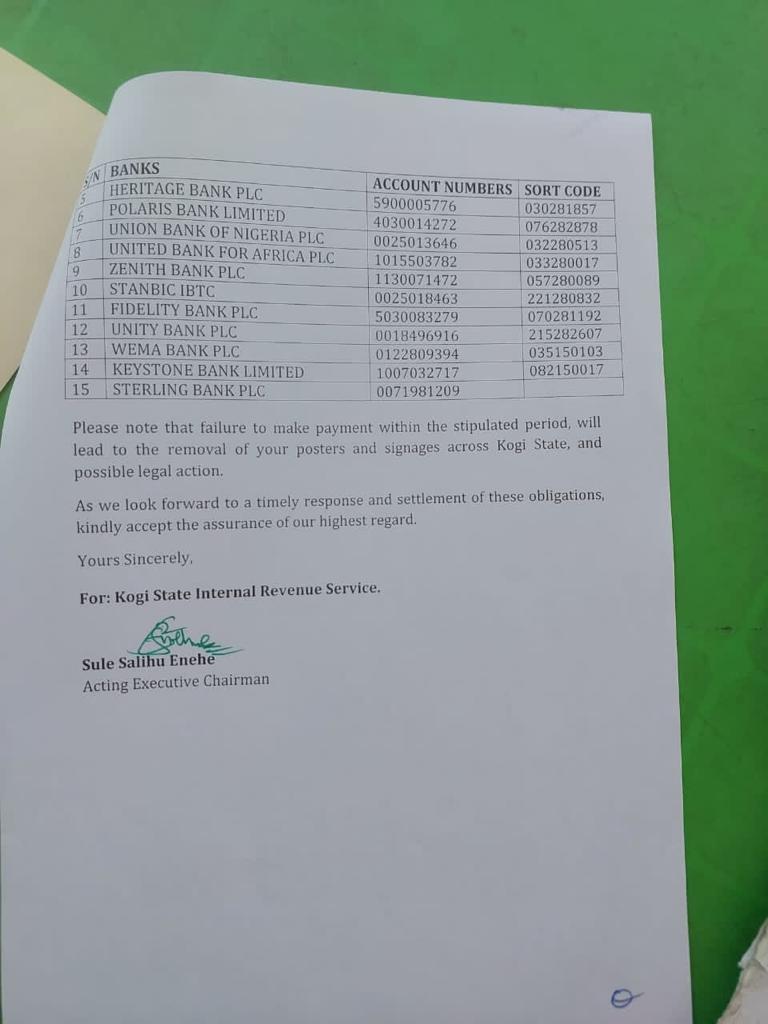 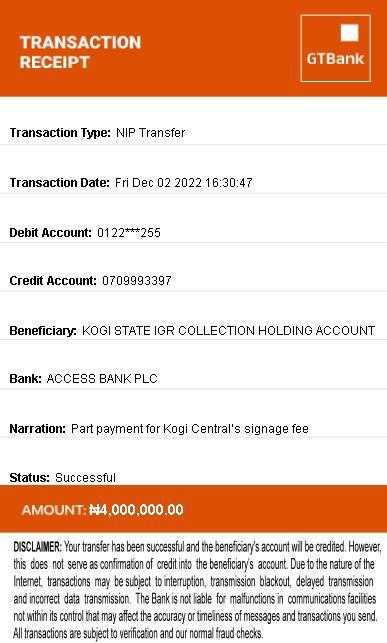 “This was carried out in Okene and Adavi local government areas in particular.” 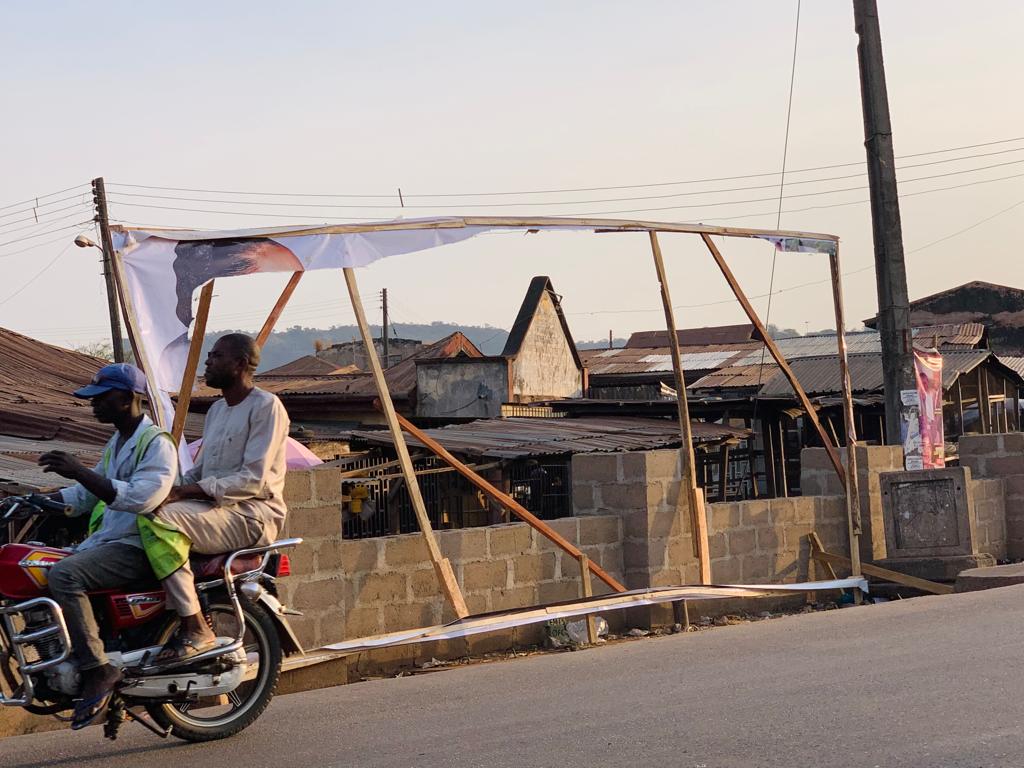 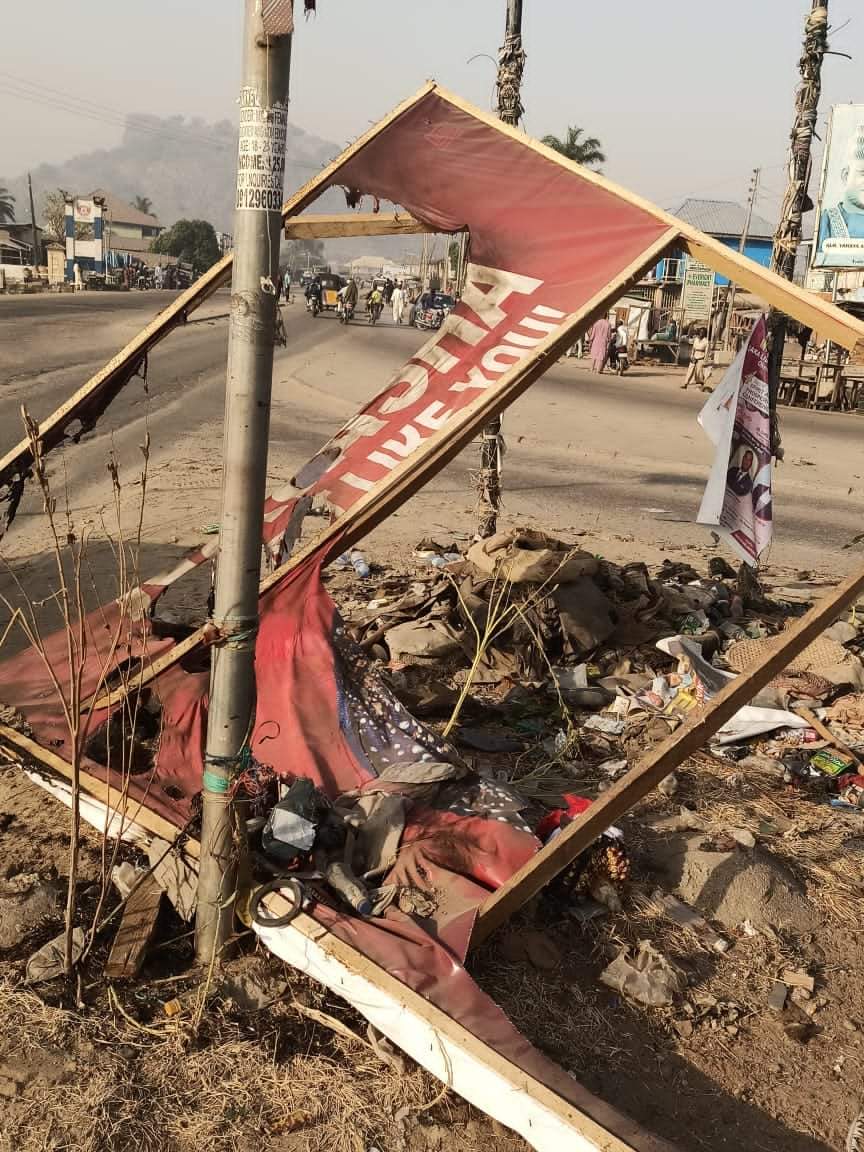 There has been a clampdown on members of the opposition parties in Kogi State.

SaharaReporters had reported how thugs loyal to Bello attacked the campaign flag-off of Akpoti-Uduaghan in the state.

One person was shot while two other persons were macheted before the police repelled the attackers.

Bello had openly threatened to use firepower on members of the opposition political parties in the state ahead of the 2023 general elections.

He also said political opponents in the state that trespasses would never see the sun again, ahead of the 2023 general elections.

Speaking in Ajaokuta after inaugurating a vigilance group in October, Bello said he was standing on the initial threat he made to deal decisively with anyone saying bad things about his administration in the state.

"Be it in the state or the federal level and you think you have connection that you can use here in Kogi, unless it’s not I, Yahaya Bello that’s in charge of this government. I want to reinstate that the ‘Ira Chenyin’ I said the other time is something I mean,” the governor said.

Earlier Bello threatened members of the opposition political parties, saying he would "show" them.

“Whoever trespasses, if we pick him or her, he will never sight the sun again. In this coming election, I’m going to show the opposition people who is Yahaya Bello. If there is white lion, if there is no white lion, we will know in this one,” Bello said in the video obtained by SaharaReporters.

In another video, he bragged that he could handle a gun better than the people he was addressing, despite not being a security agent.

“If I hear any rumour or hear anybody murmuring, even if it’s in the person’s room and I said I want to see the person and you cannot provide him, then be prepared to be the person’s substitute,” he had said.

“That’s why I’m saying it loud and clear for everyone to hear. Not just Ihima, not just about Ebira but the whole of Kogi. Because some of those people who are prepared to do evil, maybe some of them are older than me.

“You cannot hold gun more than me. For that, everyone should receive and disseminate the message. Record and play it for them that I’m ready this time around.”

UPDATED: Atiku Vs Buhari: Tribunal To Give Judgment On Presidential Election September 11

Citizens With Disabilities And The Rest Of Us By Kolawole O. Ogunbiyi, Esq.