Yola, the Adamawa state capital has been under lockdown since early morning, hours before Buhari’s arrival, with fierce-looking security operatives taking over major streets, as the state awaits President Muhammadu Buhari's arrival.

President Muhammadu Buhari has arrived in Yola, the Adamawa State capital to lead the campaign train of the All Progressives Congress (APC) as the ruling party flags off its governorship and presidential campaigns in the state.

Yola, the Adamawa state capital has been under lockdown since early morning, hours before Buhari’s arrival, with fierce-looking security operatives taking over major streets, as the state awaits President Muhammadu Buhari's arrival.

Aishatu Dahiru Ahmed Binani is the governorship candidate of the APC in the state. She and others waited for hours to receive the President and the party's presidential candidate, Bola Tinubu in the state.

As things stand, the Airport Road leading to Buhari Square, the venue of the rally, along with Bank Road, Yola Road and several other strategic routes within the city have been declared 'no-go areas'. 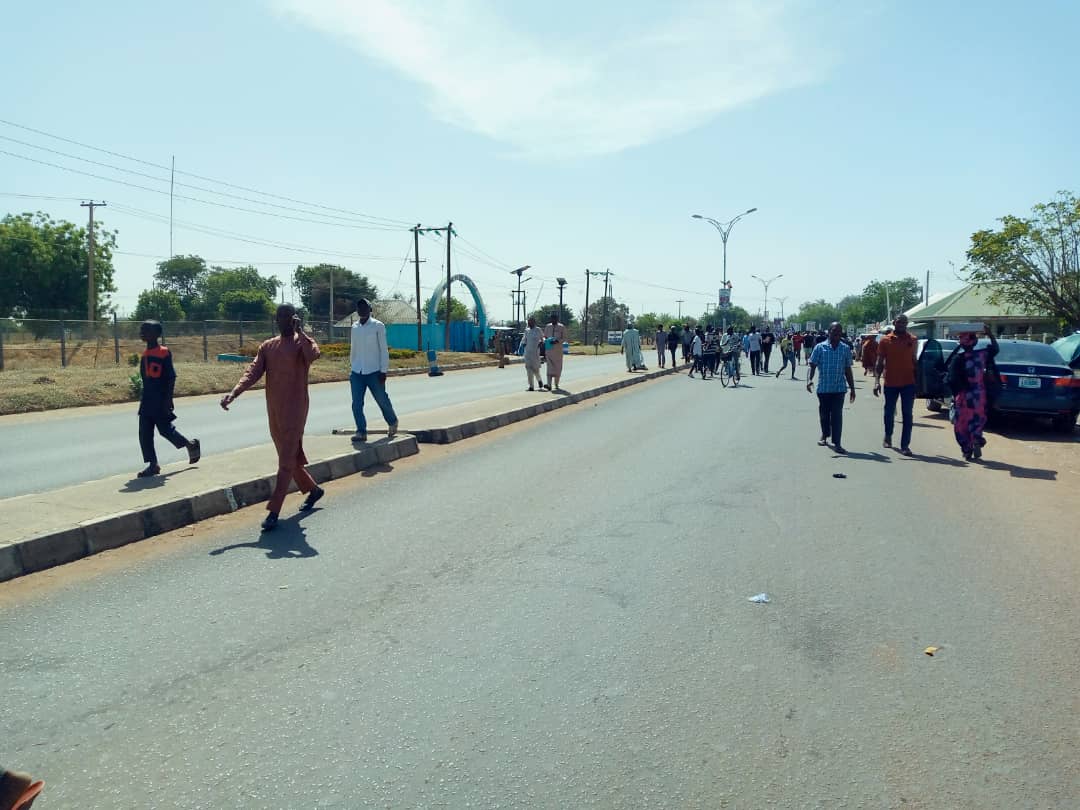 Also, all roads adjoining the airport have also been blocked to prevent vehicles from accessing Airport Road, to get to the city centre.

Commuters around the Bachure, Kofare and Wuro-Jabbe areas were forced to trek to Demsawo, about five kilometres to access commercial transport to reach their destinations.

With the resumption of schools today, many families experienced untold hardship in taking their children to school. 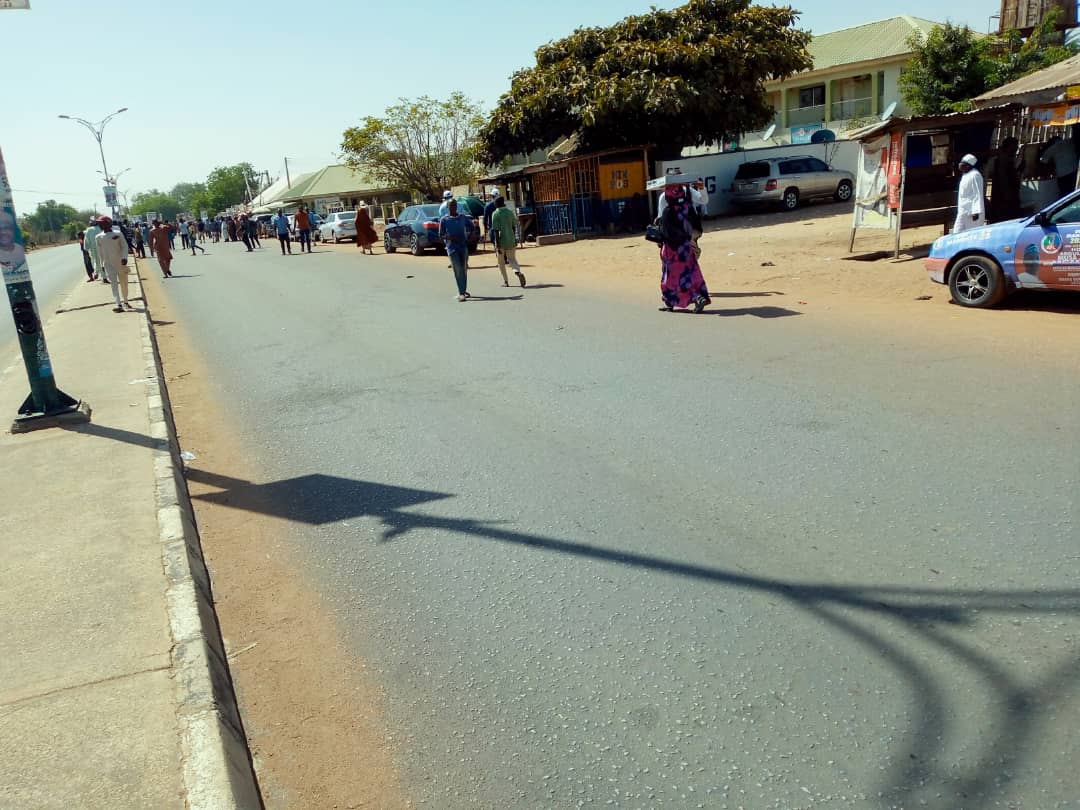 Many parents could not take their children to school, especially the ones that are far from home. Many pupils whose schools are within a short distance were seen trekking to school.

Mohammed Sani, a parent told SaharaReporters, "I got to the Fire Service Roundabout around 7:00 am to find the place blocked and there was no other way to get my kids to school.

"This has never happened in this city, that the road is blocked as early as 7:00 am for a President that would arrive 11:00am; this is not fair. At least they should have given us prior notice," he lamented.

The president's plane touched ground at the Yola International Airport at 11:02 am. President Buhari who was received by Adamawa state governor, Ahmadu Fintiri, headed to the palace of the Lamido Adamawa with his entourage.

EXCLUSIVE: How Shehu Sani's Senatorial Ticket Was 'Sold For $2m' To Oshiomhole Through Farouk Adamu

I’ve Heard Tinubu Say Southwest Nigeria Sleeps When He Sleeps, Wakes Up When He Wakes Up –Naja’atu Muhammad