Yusuf was also barred from boarding a Max Air flight from Kano to Abuja on Sunday night, Daily Nigerian has reported.

Aisha Bichi, the wife of Yusuf Bichi, the director-general of the State Security Service (SSS), also known as (DSS), has ordered the arrest of Abba Yusuf, the New Nigeria Peoples Party governorship candidate in Kano.

Yusuf was also barred from boarding a Max Air flight from Kano to Abuja on Sunday night, Daily Nigerian has reported.

It was gathered that the problem began at the VIP lounge gate of the Mallam Aminu Kano International Airport in Kano, when the politician's convoy allegedly caused traffic congestion, briefly preventing Mrs Bichi's convoy from entering the controlled area.

Sources said the situation angered Mrs Bichi as her security guards started beating up people and hitting vehicles for “disrespecting” her.

According to witnesses, the NNPP candidate later went into the lounge to meet his wife's friend and complain about the security personnel's inappropriate behaviour.

“No sooner had Abba approached her than she began raining insults on him. Although the state director of service attempted to calm her down, she continued pouring the expletives, saying she would not allow him to be a governor,” an eyewitness told the newspaper.

It was further gathered that the crisis worsened when she sighted a member of the politician’s entourage, Garba Kilo, filming the altercation with his phone.

The witness continued: “As she saw Kilo taking a video, she immediately ordered the personnel to kill him, saying ‘kill him, and nothing will happen.’ 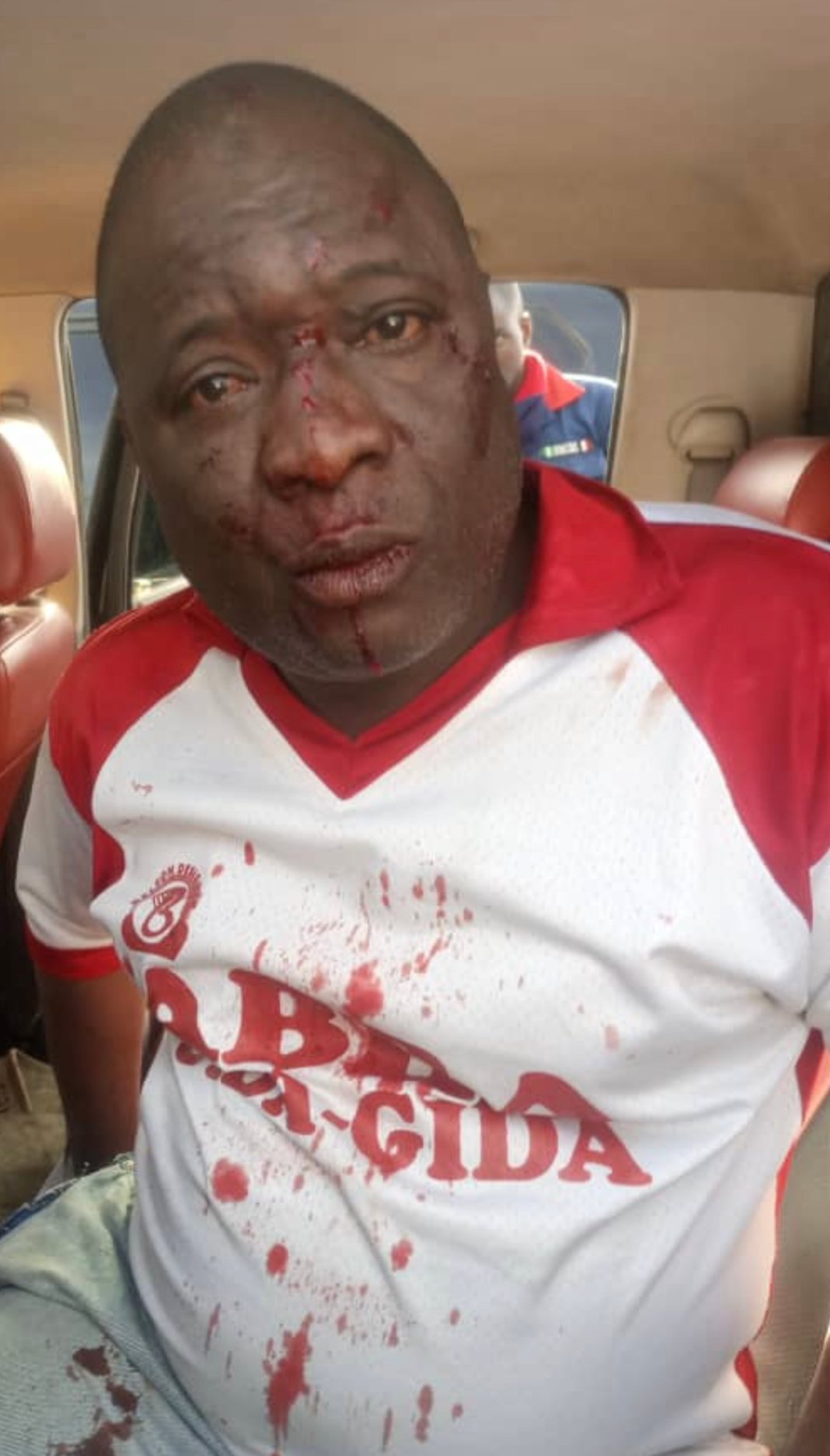 “She further vowed that she would not allow Abba to board same flight with her tonight. As she continued shouting, the state director of DSS pleaded with Abba to cancel his trip and go back home.”

“As Abba insisted on boarding the flight, a reinforcement of DSS personnel shortly arrived at the airport and cordoned off the lounge building. Some hefty-looking operatives then stormed into the lounge and told Abba that he was under arrest,” the source added.

According to sources, the divisional police officer in charge of the airport later arrived with his subordinates to investigate the incident and take statements from those involved in the clash.

“After Abba gave a statement, the DPO went to the left wing of the lounge to take her statement, but she declined, asking ‘do you know who I am? Who are you to even confront me to write a statement?

“The DPO later left without taking her statement,” said the source.

It was learnt that the SSS operatives later released Mr Yusuf after the flight took off with the DG’s wife.

When contacted, SSS spokesman Peter Afunanya did not respond to an inquiry on the matter at the time of filing this report, just as NNPP candidate Sanusi Dawakintofa could not be reached for comment.

Mrs Bichi also reportedly directed DSS operatives in Abuja to beat up her tailor for failing to get her clothes ready on time.

Last year, she also reportedly ordered the service director at Nnamdi Azikiwe International Airport in Abuja to be fired for allegedly refusing to welcome her.

Curfew Made Us Unable To Restore Power, Lekki Concession Company Denies Involvement In Shooting Of Protesters