SaharaReporters learnt that the #FreeInibeheEffiong protest had students from the University of Uyo, the Akwa Ibom State Polytechnic, Ikot Osurua, and the College of Education, Afaha Nsit.

Hundreds of protesters on Friday held the #FreeInibeheEffiong demonstration in Uyo, the Akwa Ibom State capital, while demanding that human rights lawyer, Inibehe Effiong, be released from the one-month imprisonment ordered by the Chief Judge of the state, Ekaette Obot.
SaharaReporters learnt that the #FreeInibeheEffiong protest had students from the University of Uyo, the Akwa Ibom State Polytechnic, Ikot Osurua, and the College of Education, Afaha Nsit.
It was coordinated by the New Nigeria Initiative, Citizens Liberation Movement, the Itu LGA Youth Network and other civic groups led by comrades, Kingsley Owotakpa and Ofonime Honesty.
The university students were led by the Chairman, National Association of University Students NAUS Akwa Ibom State Chapter. 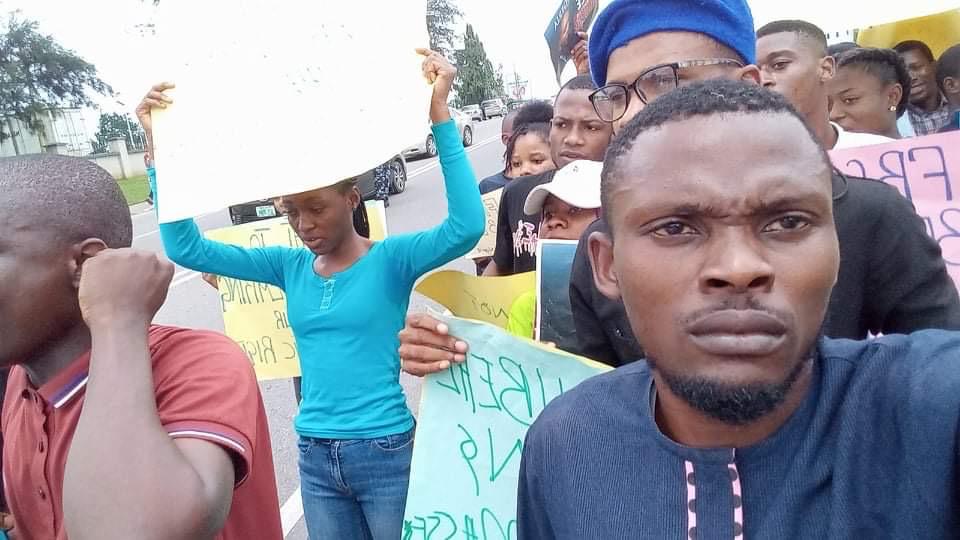 SaharaReporters gathered that the protesters converged at the UNIUYO First gate and then moved from there to the roundabout by Presbyterian Church where some journalists were waiting and covered the demonstration.
The protesters thereafter proceeded to the Judiciary Headquarters at Barracks Road where they were intercepted by the police. 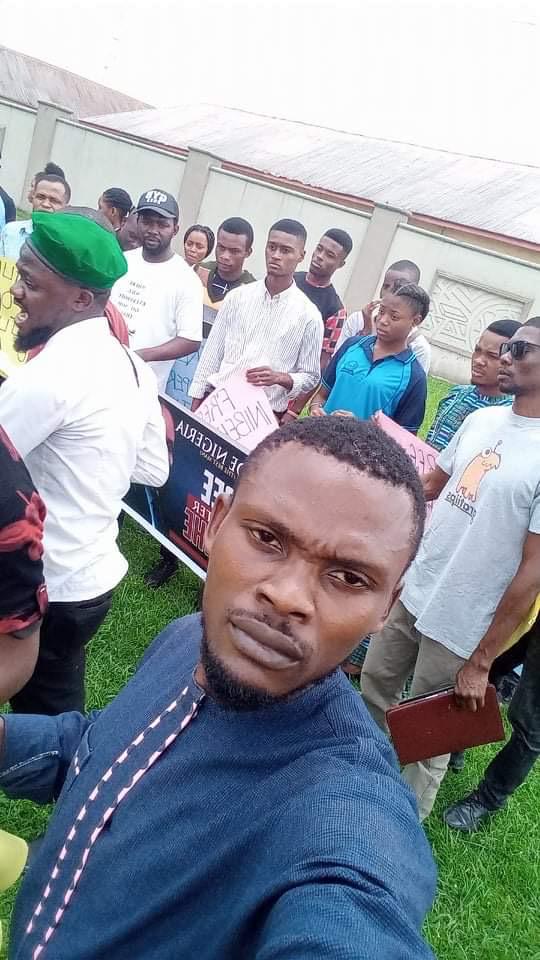 Honesty on his Facebook page shared photos of the protest, adding that “the #InibeheEffiong solidarity march was a huge success. We are not trying to bully the hallowed court but all we want is #FreeInibeheEffiong.”

“The police said they would convey our request to the court. Another protest is likely to hold on Monday or Tuesday,” he added.
“We marched from Ikpa Road to Wellington Bassey where Princess Imikan Attah from an NGO called NUDE Nigeria joined us. We went to Wellington Bassey Way where the state High Court is located in order to meet the CJ.
“Officers of the A Division of the Nigeria Police, detachment of Anti-Cultism squad and anti-robbery squad of the state police command barricaded the court.
“The DPO of the A Division while addressing the protesters applauded our orderly conduct but conveyed a message from the court that the CJ was not available to address us. The stretch from the A division down to the court and down to the government house was filled with police officers. We were up to 200,” one of the protesters said.
It was learnt that the peaceful protesters were, however, intercepted by men of the Nigeria Police Force at the gate of division before the Judiciary Road.
SaharaReporters on Thursday reported that the Chief Judge of the state, Ekaette Obot was making moves to forge the court proceedings she used to sentence Effiong to one-month imprisonment for alleged contempt.
Last Wednesday, Obot sent Effiong to one month in prison after the lawyer said he did not feel safe in court.
The human rights lawyer, who is also the National Legal Adviser of the African Action Congress (AAC), was in court to defend Leo Ekpenyong, a lawyer, in a libel suit filed by Udom Emmanuel, governor of Akwa Ibom.
Many Nigerians, including civil society organisations (CSOs), have called for the immediate release of Effiong.

“The Chief Judge is currently working round the clock to doctor the proceedings in which she used to sentence Inibehe after condemnation from right and left.
“Different people have exposed her, even lawyers present in court faulted her decision. The NBA leadership also said that the sentencing of Inibehe Effiong did not follow due process,” a judicial worker had told SaharaReporters.
The Nigerian Bar Association (NBA) President, Olumide Akpata, on Wednesday, picked holes in the procedure adopted by Obot in jailing the lawyer.
He had also said the association may petition the National Judicial Council (NJC) to sanction the Chief Judge over her action.

Vehicles Loaded With Contraband Fish Destroyed By Army In Yobe

Charly Boy To Ekiti Voters: If You Must Sell Your Vote, Do It For N864,000 — The Total Minimum Wage In A Governor’s Tenure

Nigerian Comedian, Mr Macaroni Raises Alarm Over Threat Against His Life, Family For Not Supporting A ‘Particular Presidential Candidate’